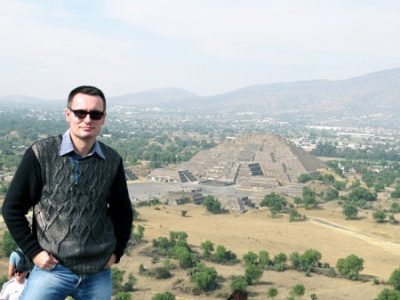 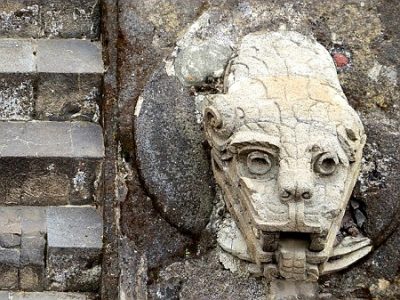 Teotihuacán, one of Mexico’s biggest draws, has a remarkably uncertain provenance. For a city believed to have once been the most populous in the Americas, very little is known about its language, rulers or the circumstances of its eventual collapse. The pre-Aztec site’s name, which means “birthplace of the gods”, comes from the Aztecs who treated the ruins with due reverence. By contrast, conquistador Hernán Cortés, who passed the site, inexplicably overlooked it.

Construction at Teotihuacán, located in a sweeping mountain-ringed offshoot of the Valle de México about 50km northeast of modern Mexico City, began around 150 BC and continued until about 250 AD. At its height, the sprawling megacity supported a population estimated at 200 000, making it, at the time, one of the biggest cities in the world. The capital of Mexico’s arguably largest pre-Hispanic empire, Teotihuacán was mysteriously abandoned around 550 AD.

The site’s main drag is the monumental Avenue of the Dead. At one end of the avenue stands the world’s third-largest pyramid – the awe-inspiring 70m-high and 248-stepped Pyramid of the Sun. Its size would have rivalled that of the 60m-high Templo Mayor which once stood in the centre of the Aztec capital of Tenochtitlán. At the other end, the avenue terminates at the slightly smaller Pyramid of the Moon which is flanked by 12 temple platforms in the adjacent plaza.

This fabulous archaeological zone also features the beautifully frescoed Palace of the Quetzal Butterfly, the Temple of Quetzalcóatl with its striking serpent carvings or Teotihuacán’s most famous mural – the Paradise of Tláloc. Climbing the pyramids is as physically exhausting as trying to wrap one’s mind around the sheer enormity of the place. There’s a first-class onsite museum filled with excavated masonry fragments and human skulls to help make sense of it all.

I’ve been to Teotihuacán twice, each time on a day trip by an ordinary commuter bus from Mexico City’s Autobuses del Norte station. This is an experience in itself: tourists get to mingle with Mexican labourers to the tunes of mariachi bands who board the bus for everyone’s entertainment. Sunscreen, hat, water and walking shoes are all a must as is determination to shake off omnipresent hawkers, some of whom will follow you to the top of the tallest pyramid.