St Petersburg: Venice of the North I 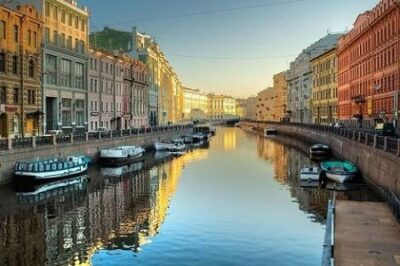 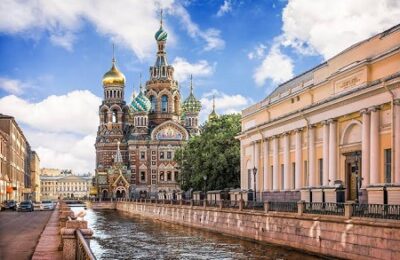 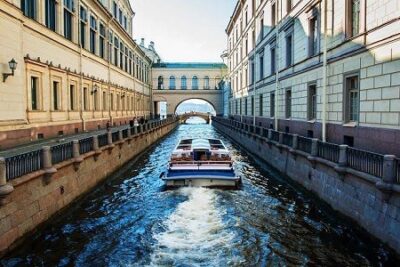 St Petersburg: Venice of the North I

Quite a few European towns built on islands and dissected by aquatic arteries have called themselves Venice of the North. The description extends to embankments with palace façades and bridges that reflect in the canals below. By this definition, St Petersburg – the cultural capital of Russia – is an amphibious masterpiece unto itself. Among the cities comparing themselves to Venice, St Petersburg – with its 342 bridges across its 42 islands and 93 waterways – must feature at the top of the list.

Much like Venice emerging from an inaccessible lagoon, St Petersburg is built on an inhospitable swamp of the Neva River delta. Like the Venetians who built a place of refuge from the Lombards, St Petersburg was built through the iron will of Peter the Great who needed a fortress against the Swedes, a warm-water port and his proverbial ‘Window onto Europe’. For those reasons, Fyodor Dostoyevsky, St Petersburg’s resident, called it the “most abstract and premeditated city in the whole world”.

Like the Venetians who diverted the course of the Po and Brenta Rivers away from the lagoon to arrest sediment and manage tidal dynamics, Peter the Great, for similar reasons, managed the flow of multiple rivers into the Gulf of Finland. During St Petersburg’s construction, man-made canals were created to drain wetlands and land was solidified with the extracted soil. And like in Venice itself, tree trunks were sunk into the swampy ground in St Petersburg before its land could support buildings.

Like Venice’s canals which are hemmed with Venetian Gothic and Renaissance palaces, St Petersburg’s embankments are neatly packed with distinctively grandiose Petrine Baroque and neoclassical façades. Like Venice’s signature pinks and mauves, St Petersburg’s Italianate exuberance comes in aquamarine and cerulean blue. In both cities, the pastel-coloured walls, typically begrimed by the harsh seaside climate, lend Venice and St Petersburg much of their atmosphere of picturesque decay.

In both cities, the uniquely painted façades also give Venice and St Petersburg a magic aura of theatricality. In Venice, this effect is enhanced by the morning mist and the Mediterranean glare whereas in St Petersburg it shimmers under the northern lights and the frequent snow. Both cities are also unique hybrids. While Venice is a clever mix of the Italian and the Byzantine, St Petersburg is a blend of the Russian and the European where Russian traditions shine through a European veneer.