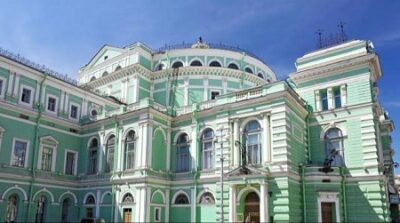 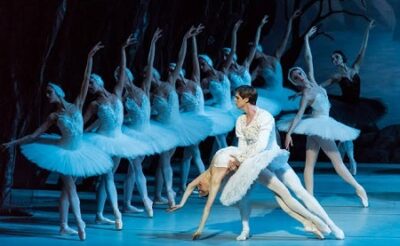 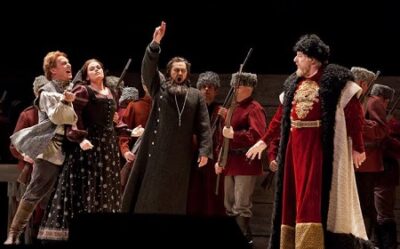 Preserving the imperial grandeur of pre-1917 Russia, the Mariinsky Theatre is St Petersburg’s most spectacular venue for ballet and opera, hands down. Its 19th-century green and white wedding-cake-like edifice has echoes of the nearby Winter Palace and the theatre’s imperial credentials are reinforced by its naming after Empress Maria Alexandrovna, wife of Tsar Alexander II, whose bust is found in the main entrance foyer. During the Soviet era, the Mariinsky promptly became Kirov State Academic Theatre.

With St Petersburg being the cradle of Russian ballet since the 1700s when the tradition of government-sponsored ballet troupe started, the institution has an illustrious, star-studded history. Throughout the 19th century, Russian ballet reached new heights with Tchaikovsky, the Mariinsky proudly premiered some its masterpieces together with a fast-growing operatic repertoire, much of it performed by Chaliapin. In the 20th century, its ballet troupe members included Nijinsky, Nureyev and Baryshnikov.

St Petersburg’s famous white nights, most prominent in June when the whole month goes without a proper night, also coincide with the city’s prime White Nights ballet and opera season. This is when, with a stroke of luck, I visited and elbowed my way into the Mariinsky for Tchaikovsky’s Swan Lake and Mussorgsky’s Khovanshchina, both performed in the historic theatre as opposed to the Mariinsky II, the modern wing across the Kryukov Canal, and the latter conducted by Valery Gergiev, the Mariinsky’s artistic director.

Swan Lake is a classic Russian ballet and in many ways a symbol of Russian art itself. It’s hard to imagine that its initial version, premiered in 1877 at the Bolshoi in Moscow, was a flop until it was re-premiered, after Tchaikovsky’s death, at the Mariinsky in 1895. This revised version is the basis for most ballets staging Swan Lake today and it’s also the version I got to see. Watching it unfold from the Mariinsky’s traditional horseshoe configuration, it’s easy to see how Swan Lake achieved its cult status.

The unique choreography of the lake and swan scenes, admired for their technical perfection, features rows of ballerinas with their criss-crossed arms and heads tilted to one side, which every spectator immediately recognises for birds that sit with their wings folded. In this traditional stage version, the magical world of the swan lake alternates with the magnificent scenes of courtly dances and lavish festivities. This is the very pinnacle of Russian ballet and a touchstone for the mettle of any serious ballet dancer.

A fundamentally different kettle of fish from Tchaikovsky’s fantasy ballet is Mussorgsky’s opera Khovanshchina. Based on true events, it’s set in the political and religious turmoil of 17th-century Russia. The power struggle is between the Old Believers and the reformists of the Orthodox Church and the Mariinsky’s staging of the opera is a close re-enactment of scenes from Vasily Surikov’s paintings of this turbulent period in Russian history. Coupled with Swan Lake, what a way to spend St Petersburg’s white nights!