Skopje: How to upcycle a Turkish bath 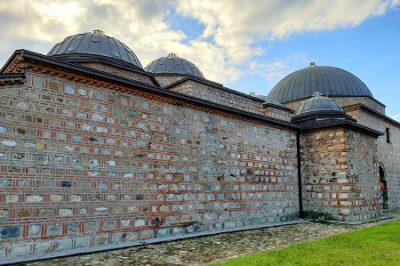 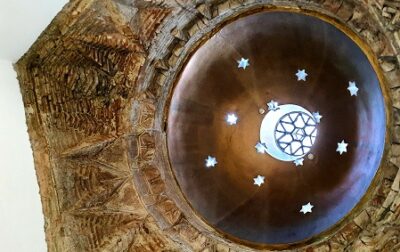 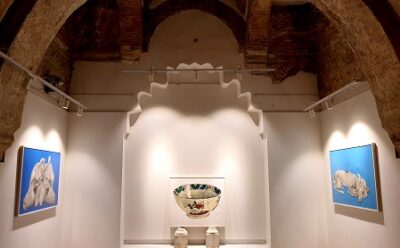 Skopje: How to upcycle a Turkish bath

Just a stone’s throw away from the architectural horrors of contemporary Skopje lie two stately Ottoman-era public baths. The 15th-century Daut Pasha and 16th-century Čifte Hamams have both been skilfully repurposed as grand exhibition spaces for the National Gallery of Macedonia. They also serve as a timely reminder of how fortunate Skopje is that the bulk of its historic Ottoman quarter to the north of the Vardar River has managed to survive the devastating 1963 earthquake.

As the Ottoman Empire expanded westwards, it assimilated culture, including key architectural elements, from each conquered land. In Persia, the Ottomans adopted intricate dome construction and from Byzantium they copied the decorative layering of brick and stone. Both techniques are essential features in Ottoman mosques as well as civic buildings, such as hamams, during the 15th and 16th centuries at the zenith of the Ottoman Empire when its architecture also peaked.

It goes without saying that Ottoman-era hamams are wonders of utilitarian architecture. Their vaulted domes create complex compositions that appear both Spartan on the outside and elaborately decorated on the inside. And their ground plan always reveals a rigorous geometric pattern that is the product of a centuries-old wisdom where each individual element contributes to a perfect whole. And so it is inside and outside of each of Skopje’s two historic hamams.

The older and larger of the two – the Daut Pasha Hamam – was built in 1446 at the edge of Skopje’s Old Bazaar en route from the Stone Bridge. The hamam had separate male and female sections and its 900 square metres were crowned by thirteen domes. The newer and smaller Čifte Hamam was built in 1531 and unlike the standard dual baths, the men and women here bathed in the same area. Just as unusually, one of its hot rooms contained a ritual bath pool for the Jews of Skopje.

The Daut Hamam became an art museum as early as 1948 as Yugoslav communism kicked in. The first display at the National Gallery of Macedonia in the 1950s featured religious icons. Today’s offering is contemporary art which, to be fair, appears a little pedestrian against the backdrop of the majestic Ottoman architecture. I found myself looking beyond the artworks at the walls with decorations that resemble stalactites and the domes punctured by star-shaped windows.