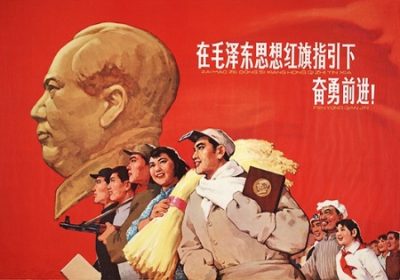 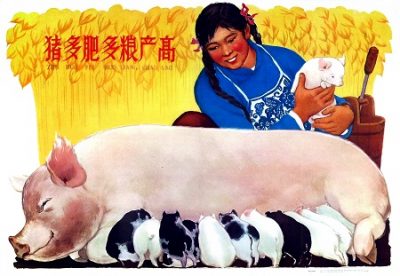 In a world of conformity that is the People’s Republic of China, a visit to the semi-legal Shanghai Propaganda Poster Art Centre is the closest thing you’ll get to an adrenaline rush. As you approach the non-descript apartment block at 868 Huashan Road in the former French Concession, the guards will greet you with a knowing smile and point you to the basement. Spread out across three rooms, you’ll find arguably the best collection of original Chinese propaganda posters anywhere in the world.

Dating back to 1949, hundreds of posters of varying styles and aesthetics give a fascinating glimpse into communist China for history buffs and design addicts alike. Documenting the founding of the People’s Republic, the Great Leap Forward and the Cultural Revolution, the posters feature the usual tokens of communism: humming tractors, smoke-belching factories, bumper harvests and overjoyed workers. In most of them, Chairman Mao mingles with the crowds or otherwise leads the way.

Most of these posters were printed in Shanghai where cigarette adverts featuring iconic Chinese ladies started the tradition long before the war. For communists, propaganda posters became a new medium for a new age. They were cheap to make and quick to reproduce since they could move from design to distribution in a single working day. As part of popular culture, they could grace the walls of government buildings and decorate private homes or be printed in magazines and on postal stamps.

The makeshift museum started as a hobby for its founder Yang Pei Ming who began collecting the posters in the 1980s as they began to fade as a medium to be discarded en masse from state institutions. This being China, the museum’s guide is more willing to discuss the aesthetic merits of socialist art than share his political views. The museum’s gift shop sells both original posters and their replicas – a nod to the growing interest from foreign collectors who value their retro-kitsch quality.

The private museum – a grey area in communist China – isn’t officially sanctioned by government. It’s featured in Western guidebooks and travel websites, but remains virtually unknown to locals. Its propaganda posters, while largely a thing of the past, capture a history that still resonates, often negatively, with the Chinese. By too many of them, the Great Leap Forward is still better remembered as the Great Famine and the Cultural Revolution is a taboo right there with the Tiananmen Massacre.