Scarpa’s Venice is both ancient and modern 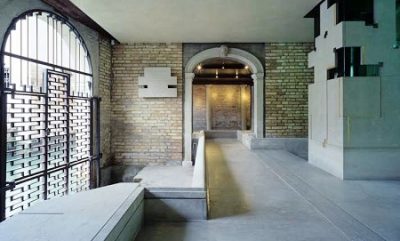 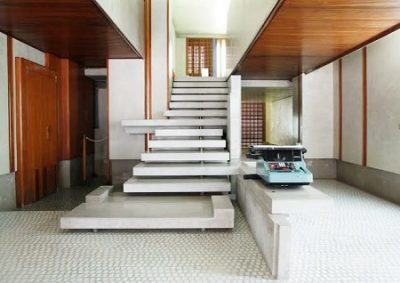 Scarpa’s Venice is both ancient and modern

Carlo Scarpa, the post-war modernist Venetian architect known primarily for his reimagining of public spaces, has demonstrated how a city like Venice can be both antique and up-to-date. Because most of his work consisted of interventions in pre-existing buildings and because he produced so few originals, he is often eclipsed by others. In the past few years, however, as the idea of combining formal architecture with handcrafted details has gained worldwide traction, Scarpa has been steadily rediscovered.

Even in his time, Scarpa’s devotion to the hand-made and durable distinguished him from the International Style that championed the machine-made and replaceable. Today, with our greater awareness of the environment and our change of consumer behaviours, his mix of the ancient and modern – often laboriously handcrafted in stone, wood, metal, stucco and glass – has become newly relevant. Scarpa’s preference for the hand-made may have originated from his Venetian identity with its artisan tradition.

Scarpa was born in Venice and studied architecture at its historic art academy once linked to the Accademia art museum whose interior he would later famously redesign. Curiously, he would never become a licensed architect because he refused to take the necessary government exam. He preferred real-life experience, such as the exposure gained during his travels to Japan, which helped inform his minimalist aesthetic and his appreciation of humble materials like reclaimed timber and recycled metal.

Scarpa’s unique style is evident from his earliest work when the glass company Venini hired him to revamp the image of Murano glass. This he duly did by encouraging artisans to deviate from their traditional ornate chandeliers in order to create contemporary shapes and saturated colours that have been the norm in the Murano glass industry ever since. Next came Scarpa’s assignment at the Accademia where his interior reimagining helped to improve the overall museum experience for visitors.

This, like all of his renovations, was a daring mix of the new with the old. Scarpa’s work at the Querini Stampalia museum saw him introduce copper alongside Venice’s traditional Istrian stone and his redesigning of the city’s Olivetti showroom resulted in the presence of modern sculpture in a historic Venetian setting. Much of his work, such as his designs of private homes, remain off-limits to tourists. But Scarpa more than made up for this by making public spaces in Venice more accessible to everyone.