Sansovino and Venice as a new Rome 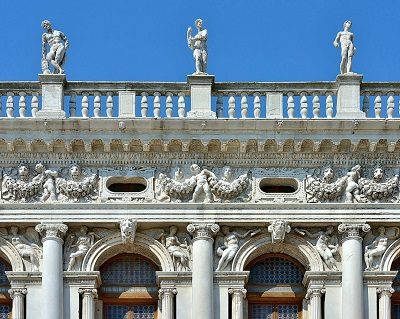 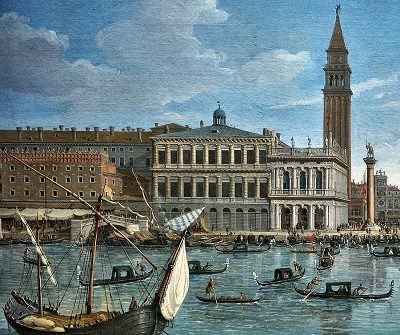 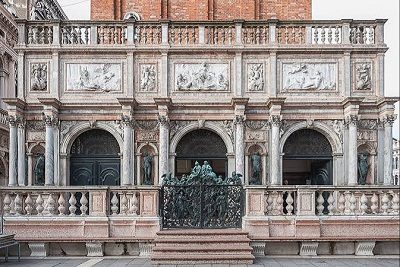 Sansovino and Venice as a new Rome

Set against the Veneto-Byzantine Basilica or the Venetian Gothic Doge’s Palace, several buildings around the Piazzetta of San Marco – the Zecca, Biblioteca Marciana, and Loggetta – have, I always find, a distinctive Roman feel. They all are the works of Jacopo Sansovino who studiously recast Venice, and especially its administrative heart, as the true successor of Rome. Calling itself a ‘New Rome’ was among the many strands of the ‘myth of Venice’ which since the city’s founding asserted the power, stability and splendour of the lagoon republic.

For Venice, there were always two Romes. A city as conscious of the image it projected inwards and outwards as Venice was a master of imitation and appropriation of artistic and cultural symbols. While its ties to Byzantium appear to have been at their height in the 13th century, its connection to the West, to ideas of ancient lineage and classical antiquity as inspired by Rome, came to the fore in the 15th century. This was a process associated with Renaissance when the other Italian city states also began to imagine themselves as a new Rome.

One particular architect, Sansovino, used Roman symbols and iconography on a scale that helped to conflate Venice’s own image with that of the ancient empire. Few of the other architects ever saw the original monuments first-hand or understood the complex proportions underlying classical facades. As a former resident of Rome, Sansovino had a rare knowledge of the emulated architecture. Consequently, he designed many structures in Venice that adhered more closely to Vitruvian principles and successfully conjured its new Roman identity.

It is true that the ancient Celtic peoples who lived along the northeast coast of Italy and called themselves Veneti had been Roman citizens since 49 BC until the Western Roman Empire fell in the fifth century. Unlike most other Italian cities of the Renaissance, Venice, however, had no Roman ruins to draw inspiration from. Despite attempts by Venetian architects to incorporate into their work classical elements, the results were rarely satisfactory. It took an outsider of Sansovino’s stature to inject classicism into the unique Veneto-Byzantine tradition.

Sansovino’s time in Rome acquainted him with the styles of Bramante and Raphael. A Bramantesque clarity is apparent in his Palazzo Corner della Ca’ Grande whereas the Mannerist influence of Raphael is clear in La Zecca. Like Roman architects, Sansovino maintained a sculpture workshop and the use of sculptural ornament became a hallmark of his Venetian style. The sculptural adornment of the Biblioteca Marciana hardly leaves any plain wall surfaces! He also blends the Roman style with the Venetian tradition, as seen in his arcaded galleries.

Sansovino, according to Giorgio Vasari, “has been the reason that the gentlemen of Venice have introduced modern architecture into their city”. As often with Vasari, this is an exaggeration but it illustrates how Sansovino transformed the face of the city and its maritime empire. Sansovino may not have been the first to advance the myth of Venice as a New Rome but he was the most successful. Take it from Andrea Palladio who, in the Preface to his Quattro Libri, wrote that Biblioteca Marciana was the best building erected since classical antiquity.