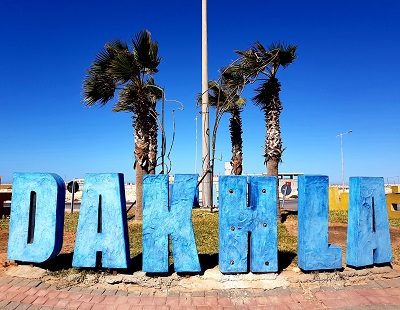 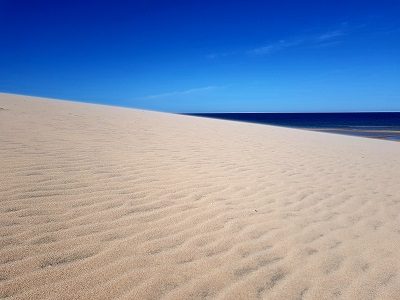 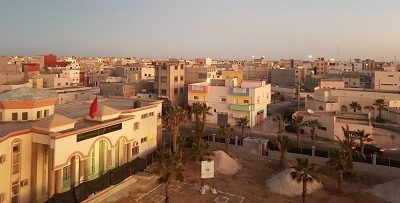 Perched on the edge of the Western Sahara desert lies a narrow sliver of the Dakhla peninsula. It shelters a 45km-long flatwater lagoon from the mass of the Atlantic Ocean. It is also surrounded by dramatic desert topography that will cast an otherworldly glow on your photographs. Dakhla, a fast growing town of some 100,000 people, is a world away from the rest of Morocco, both geographically and culturally. Historically it is a former capital of the Spanish Western Sahara and, as such, it remains at the centre of an international territorial dispute. It is also an emerging tourist destination driven by kitesurfers for whom it has grown into a veritable paradise.

As the erstwhile capital of the Spanish province of Rio de Oro, Dakhla (formerly Villa Cisneros) has closer ties to the Canary Islands than it does to Morocco. From an international perspective, there is a long-standing disagreement as to whether Western Sahara belongs to Morocco or whether it should become an independent country. For now, government buildings with their prominently displayed Moroccan flags leave no doubt as to who is in charge here as do Moroccan military checkpoints throughout the area. Despite the Moroccan sovereignty, landing in Dakhla on a flight from Casablanca oddly requires going through immigration and passport control.

One thing that won’t change in Dakhla anytime soon is the wind. It blows and howls ceaselessly with the strength to shift enormous sand dunes. The most famous of them is La Duna Blanca, the White Dune, which towers over the dead end of the Dakhla lagoon. This oversized dune rises in the desert before plunging into the lagoon to form a visual interlude between desert and ocean. Climbing to the top and walking along the dune’s ridge, as I did with my friend Cohen who accompanied me on this trip, will reward with stunning views of the lagoon and the desert beyond. The constantly shifting sand is either hard enough to stand on or soft enough to sink into knee-deep.

Upon descent, Cohen and I watched a hopelessly stuck 4×4 vehicle being extracted from the moving sand by a crowd of passers-by. The communal spirit of the Sahara was on full display there. We also partook in an impromptu desert tea ritual prepared by our driver who just so happened to travel with tea-making equipment. Hearing the clink of tea glasses in the vast desert landscape was as reassuring as seeing the roadside assistance by complete strangers. Travelling in the desert is something else: the landscape is so vast that it’s impossible to judge distance and the intense sunlight reflecting off the sand can erase all sense of time and place.

Dakhla which has been discovered by the kitesurfing fraternity now comprises two very distinct communities. There are the old-timers – the mosque- and souk-going locals, often indigenous Sahrawis, in their daraa robes. And there are the weather-beaten kitesurfing enthusiasts, most of them Westerners who brave the cross-desert journey from the north and now inhabit the sprawling lagoon camps. They all coexist here, side by side, in apparent harmony. And then there is the desert glow through which it’s possible to observe all of this, or so you’d think. In the Sahara, the wind, the sun and the sand can easily trick the eye into seeing things that don’t exist.