Rio’s Christ without the crowds 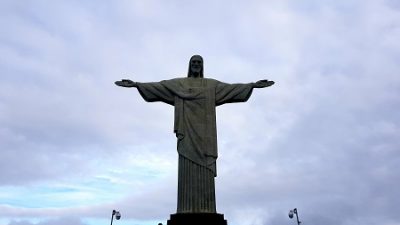 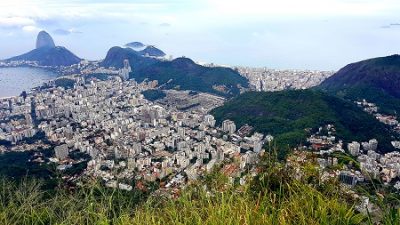 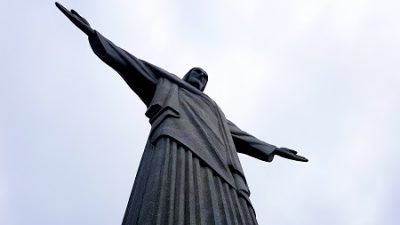 Rio’s Christ without the crowds

I shared my ride from Rio de Janeiro’s Santos Dumont Airport after a 16-hour flight from Johannesburg with two bucketfuls of lilies which made us look like a hearse. And I was noticeably grumpy when I was told we’d be dropping off those flowers at a church before I can take a hot shower. My outlook on life changed dramatically when the drop-off church turned out to be a tiny chapel behind the pedestal of Christ the Redeemer – the largest Art Deco statue in the world and Rio’s ultimate landmark.

Our funeral procession was waved through by sleepy security and past shuttered cashiers before the site would open to the public. It dawned on me that I’d have Brazil’s prime cultural icon and Christianity’s global symbol all to myself before it attracts thousands of selfie stick-carrying believers and non-believers as it does every day all year round. My free tour would also come with early morning views of the most scenic stretches of urban beach on the planet – Ipanema, Copacabana, Arpoador and Leblon.

Perched on the summit of 710-metre high Mount Corcovado, the statue stands at a whopping 38 metres with the base which is equal to a 13-floor building. Its outstretched arms reach to 28 metres horizontally. The cliffs that encircle Rio tower effortlessly all around the statue, making Christ the Redeemer look smaller than it really is. And then, looking down, there are vertigo-inducing views of the continent’s most expensive real estate interspersed with some of Brazil’s poorest favelas.

The first thing that will baffle anyone looking at the statue is how did it get up there? Because of its size, the statue was assembled on top of Mount Corcovado after all the materials were transported up the mountain on a small cog-wheel train which had been transporting tourists to see the views. The hardest part was the construction of the arms because the hilltop was too small to accommodate a scaffold. The tray is only 15 metres wide, only half the distance between the statue’s fingers.

Constructed between 1922 and 1931, the Art Deco masterpiece is a collaborative effort of French sculptor Paul Landowski and Brazilian engineer Heitor da Silva Costa together with Romanian sculptor Gheorghe Leonida who designed the face. Art Deco sculpture was influenced by geometric Cubism but was representational, usually of heroic figures, so Jesus Christ as the subject was a no brainer. It’s best viewed without the crowds when one only needs to cope, at this altitude, with the howling wind.