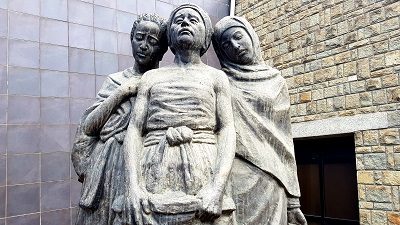 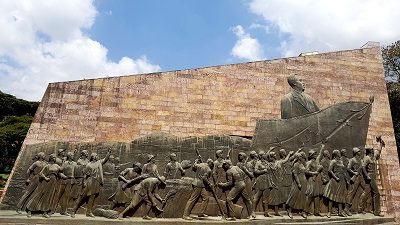 Fresh on the heels of a revolution that deposed Ethiopia’s last emperor Haile Selassie in 1974, the communists promised Ethiopians a utopian society in which everyone would enjoy equality and an unprecedented prosperity. But communist ideology was a strange fit for a country that was so deeply steeped in religion and one that had always resisted foreign domination. After all, Ethiopia was Christianised long before colonialism and was never actually colonised. In reality, the communists in Ethiopia engendered mostly famine, poverty and severe repression.

Between 1975, when the ruling Derg (or the Committee) openly embraced the communist ideology, and 1990 when the regime simultaneously ended with the Cold War, the communists terrorised Ethiopians in one of the most brutal dictatorships in African history. While collectivisation was the single biggest killer, leading to a series of man-made famines, many other civilians were killed in more conventional mass executions. The repression also included the usual violations of freedom of speech, of religion and loss of property rights.

The victims of Mengistu Haile Mariam’s Derg regime, which received open support from the Soviet Union, are now honoured inside the Red Terror Martyr’s Memorial Museum in Addis Ababa. Up to 750,000 people were tortured and killed and the museum has displays of torture instruments, skulls and bones, coffins, bloodied clothes and photographs of many victims. Some remains had been exhumed and are placed in the museum, sometimes with the rope used to strangle the victim. Some of the museum guides themselves are survivors of the Red Terror.

Stepping out of the museum’s cubicles into the broad light of modern-day Addis Ababa, it is clear that apart from the thousands of victims, all those years of social, economic and cultural exchange between Soviets and Africans achieved very little. Speaking to Ethiopians over their famous coffee will teach you that the legacy of communism in their country is mostly ineptitude and corruption. The old Soviet Lada cars, painted blue and white, are still used as taxis here but now drive on the roads and past buildings that have only recently been built by the Chinese.

I took a ride with one of them in search of communist architecture and came across the massive Tiglachin monument in downtown Addis. This is a 1984 memorial to Ethiopian and Cuban soldiers involved in the Ogaden War and it is sometimes called the Derg Monument. It was designed with input from the North Koreans and its socialist realist aesthetic shows that Pyongyang’s Mansudae Art Studio has been receiving commissions for statues from Africa, too. The grounds are overgrown but the monument has so far survived sporadic calls for its demolition.