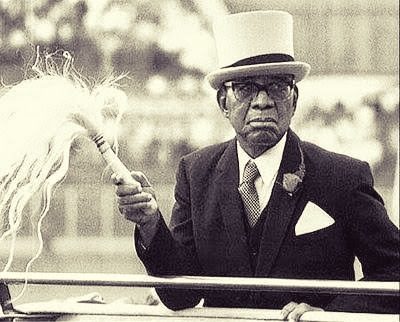 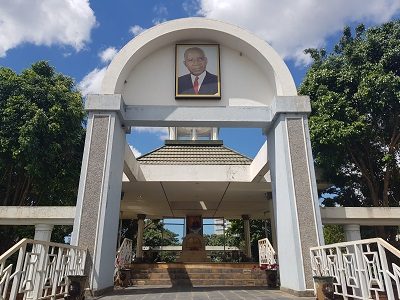 My fascination with African strongmen once again took me to a place associated with one of them, the open-air Mausoleum of Hastings Kamuzu Banda (1898-1997) in Lilongwe, Malawi. As far as African dictators go, Dr Banda, a medical doctor with an international resumé by profession, stands apart from his more hardcore, more deranged and more murderous contemporaries as a more level-headed if slightly comic character. His mannerisms will still entertain, even when viewed on grainy TV footage.

His impersonation of a colonial English gentleman – with a raincoat, a walking stick and an African fly-whisk – did make an appealing picture to Western newspapers. So did his politics to the West during the Cold War: virulently anti-communist and pro-Western with warm relations with apartheid South Africa and Taiwan. The death toll of his opponents is nevertheless estimated at some 6000 – a no mean feat for the Life President of an African nation with a population of 4 million in 1964 when he took charge.

Born around 1898, although he vainly preferred 1906, he graduated with a history degree from the University of Chicago and two medical degrees from an institution in Tennessee and Edinburgh University in Scotland. The post-independence Malawi came under new management with Banda who brought modest development and no ethnic conflict, as was emphasised to me by several Malawians. This sets his country apart from most of its neighbours and post-colonial African countries in general.

Banda was also a vegetarian who lived to 99 and an unmarried celibate – until he wasn’t. In recent years, a string of children have come forward with claims of parentage by Banda along with some of their mothers. Banda also dismantled his own dictatorship by holding free elections in 1994 which he decisively lost. Despite some mixed reviews from his fellow countrymen, the mausoleum stands as a sombre resting place next to Malawi’s parliament.

The location next to parliament is ironic since Banda had steadfastly suppressed all political parties other than his own Malawi Congress Party. The name ‘mausoleum’ is misleading too since there is no embalmed body. But the visitors’ ledger shows that it draws a stream of mostly foreign visitors. Like me, they probably come out of interest in the mercurial man known more from the vintage photographs and anecdotes than from real memory.