Pařík: The man behind European Sarajevo 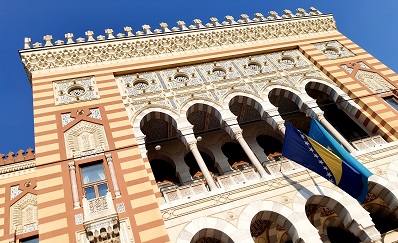 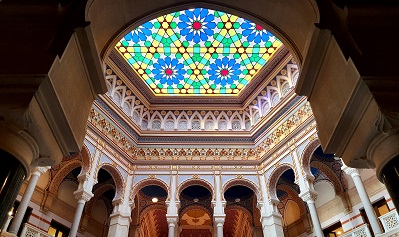 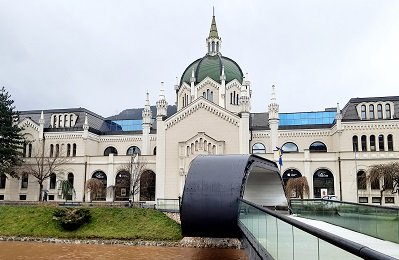 Pařík: The man behind European Sarajevo

Once the largest Ottoman city after Istanbul, Sarajevo has since received a European makeover under the Austro-Hungarian rule. During its four decades which ended with WW1, the capital of Bosnia and Herzegovina became a modern European metropolis. Much of this transformation was the work of Czech architect Karel Pařík. His 70 or so public buildings in Sarajevo are a mix of historicism and eclecticism where pseudo-oriental Moorish elements create unique Bosnian architecture.

Confronted with the multinational and mostly Muslim population in Bosnia and Herzegovina, the new Austro-Hungarian government decided to proceed carefully. Without desecrating the Ottoman legacy, it invented a fantastical style which hinted at Islam but avoided association with the Ottoman Empire and promoted Bosnian identity without endorsing the growing pan-Slavic movement. Pařík who spent a lifetime in Sarajevo and is buried there, was instrumental in the exercise.

Pařík’s undisputed opus magnum is Sarajevo’s Vijećnica or City Hall. The oversized orange building with a symmetrical neo-Moorish façade was completed in 1896. Archduke Franz Ferdinand and his wife Sophie were hosted here shortly before their assassination at the Latin Bridge nearby in 1914. In the Bosnian War of 1990s, Vijećnica was destroyed. Since then the war ruin has been given a magnificent reconstruction and its lavish interior and ornate glass ceiling are an absolute must-see.

A very different style of building is Pařík’s Evangelical Church constructed in 1899. The core design was inspired by the Byzantine style as well as the Gothic Revival, with additional wings of the building completed in 1911. The riverside location gives the expansive towered structure the feel of the grand Hungarian Parliament. Today’s Academy of Fine Arts, Pařík’s Evangelical Church is now fronted by an eclectic looping bridge which catapults the original design into 21st-century modernity.

Pařík’s influence in Sarajevo doesn’t stem from any one building but from the whole. The architect is known to have fought for maintaining historical parts of Sarajevo and, unlike many others who insist on placing their personal mark on existing buildings, he would advocate construction of new parts of the city away from the old town. Sarajevo’s image as an architectural melting pot made up of distinct Ottoman and Austro-Hungarian parts is likely the achievement of one man.