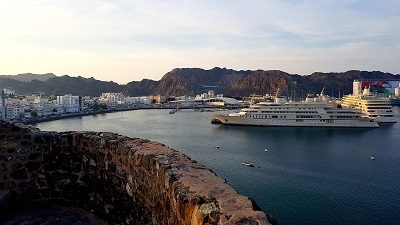 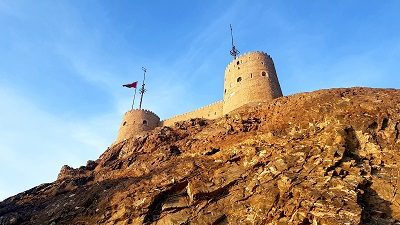 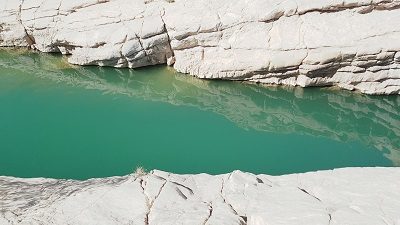 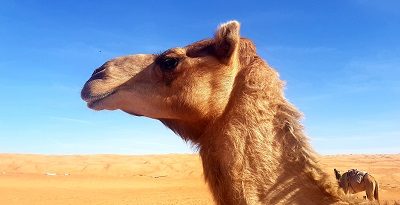 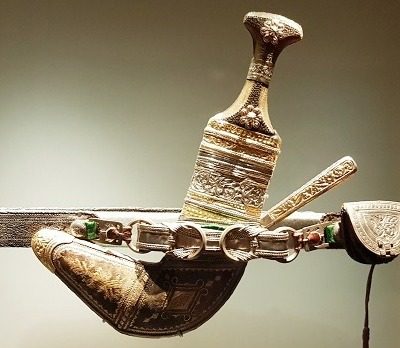 Sitting in the north eastern corner of the Arabian Gulf, the Sultanate of Oman is as close as one gets to the Arabia of a century ago. Its jagged mountains, rolling sand dunes and azure rock pools aren’t overshadowed by legions of futuristic skyscrapers that dot the desert landscape of Oman’s neighbours. But the ancient seafaring nation of Oman can also appear strangely sterile. In its capital, Muscat, the old forts perched on just about every mountain top are restored to uncanny perfection as are the walled city gates. Everything old looks new and everything new, including the Grand Mosque or the National Museum of Oman, has the ambience of a glitzy shopping mall.

One reason for this neat modernity is that for all its ancient history, Oman, as we know it, is a relatively young country. The bloodless palace coup of 1970 when Sultan Qaboos overthrew his father was the pivotal moment that set in motion Oman’s rapid modernisation and transformed it from an underdeveloped backwater into what we see today. In a region too eager to embrace modernity, Oman has managed to modernise at breakneck speed while preserving much of its traditional character and heritage. For a real taste of the old naval empire that once even outsourced its capital to a faraway island off the coast of Africa one must perhaps go to Zanzibar.

“By definition, wadi is a seasonal river that can flood the area with amazing ferocity although this is rather hard to imagine in the middle of a rocky desert”

If you’re looking at a random photo of Muscat, chances are it was taken at the Muttrah Corniche. This is the city’s real draw where you can still find quaint white-washed homes against the backdrop of rocky mountains with historic watchtowers atop. This is also where the city seems most in touch with its merchant roots. The place is to go is the warren-like Muttrah Souq where countless stalls offer everything from frankincense to gold. Upon closer inspection, most one-of-a-kind antiques, particularly the ornate curved daggers or khanjars – turn out to be mass-produced, modern goods but this is in keeping with Oman’s general theme where new old is superior to just old.

Nowhere is this more obvious than in the heart of Old Muscat – at the brand new National Museum of Oman. The museum tells the nation’s history from its pre-Islamic days to its role in the region and East Africa during the colonial era and its modern-day resurgence since 1970. The focus is on quality rather than quantity, with lighting and multimedia tools bringing the artefacts to life. The new building mirrors the modernity of the Sultan’s Palace opposite. The only landmarks that sort of redeem Old Muscat’s claim as the centre of the Sultanate’s ancient maritime history are the Portuguese-built, but heavily restored, Jilali and Mirani Forts.

In stark contrast to Oman’s arid landscapes and emerging like a desert mirage after a two-hour drive from Muscat are the crystal clear waters of Wadi Bani Khalid. These are natural cascading pools, carved into the giant boulders by a seasonal river. The emerald-green waters create a real desert oasis with lush palm trees. By definition, wadi is a seasonal stream that can flood the area with amazing ferocity although this is rather hard to imagine in the middle of a rocky desert. Swimming here is wonderfully refreshing, but only in full body attire as described on an information board. From what I saw, this was ignored by all Westerners, probably out of fear of drowning.

For a sample of the Empty Quarter but not too far from Muscat, it’s best to head to the Wahiba Sands in eastern Oman. This is an ensemble of sand dunes that stretch out endlessly. The dunes run in regular lines to heights of up to 100 meters and they are also shifting, making permanent roads impossible. There are just tracks created by the resident Bedouin tribes and their camels. Like the shifting sands, the Bedouin camps, shaped by life in this unforgiving landscape, are mobile. The primal power of the desert is on full display whenever the wind picks up. But it is the colour of the sand – from yellow to coppery orange – that completes the picture and with it the puzzle that is Oman.