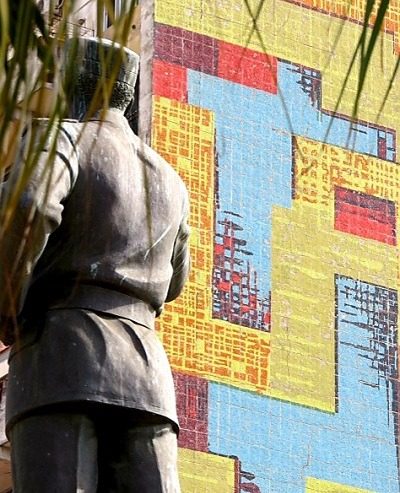 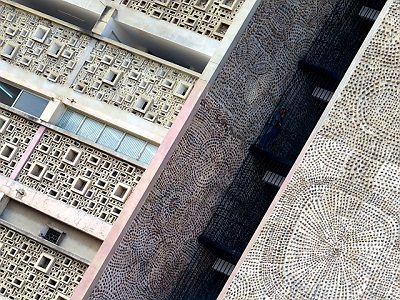 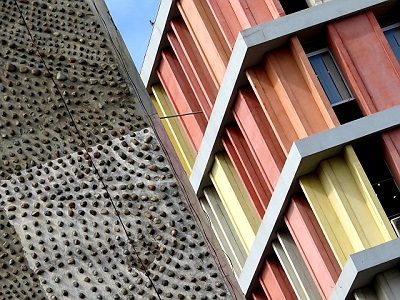 Despite a long civil war and an equally destructive onslaught of Chinese-built highrises, Mozambique’s capital Maputo retains a modernist edge that attracts students of architectural history and design. Much of this legacy, dating back to the last stretch of the Portuguese colonial rule in Mozambique from the 1950s to the mid-1970s, is centred on the buildings and murals of architect ‘Pancho’ Guedes. There are some 500 of his buildings in Mozambique and most of them are in Maputo (formerly Lourenço Marques) where Amancio d’Alpoim Miranda Guedes moved in 1932 at the age of seven with his family from Lisbon. This body of work can best be described as magical.

In the 1930s, Lourenço Marques was already on the Art Deco world map along with Miami and Tel Aviv. The city’s airy, curvy, pastel-coloured waterfront buildings have the beachside grandeur of Saint-Tropez and the atmosphere of a 1960s James Bond film classic. That these attributes still shine through the wreckage of the two decades of civil war, the Communist devastation and the post-colonial neglect is a tribute to their Portuguese designers and occupants. Looking at what is left of them today, it’s clear that this city was once a blast, both eclectic and decadent, particularly when contrasted with the killjoy, Protestant ethic-infused cities of apartheid South Africa.

Guedes took the architectural legacy he found in Lourenço Marques much further. In his designs, the European Art Deco modernism absorbs Africa and Africans into a uniquely Mozambican architectural landscape that is now known, quite deliciously, as Tropical modernism. It’s a mix of Latin exuberance, brutalism of precast concrete and African decor. Guedes’s African animal and floral patterns burst through their precast concrete frames in bouts of pastel-coloured euphoria. In the sun-lit natural harbour of Maputo and against the backdrop of the azure-blue African sky reflected on the surface of the Indian Ocean, all of this comes together beautifully.

The work of Guedes is also self-referential. Besides being an accomplished architect and urban designer, he was a talented sculptor and painter. This work is influenced as much by the structured Bauhaus of German architects as by the Dadaist freedom of Tristan Tzara, his French-Romanian artistic collaborator. His designs work as well in wood and plaster as they do in concrete. His technical drawings inform his painted images, his paintings inform sculptures and, in a full circle, his sculptures inform his building forms. In their precast concrete frames, his buildings appear solid but also light with the seaside breeze flowing freely through all their trellises and openings.

Guedes’s life was as complex as his architecture. As an artist in such a restless late colonial entity as the 1960s Mozambique, he worked freely in the country’s increasingly multiracial society and he was known to have associated with the country’s left-wing Frelimo sympathisers. But he also chose to leave Lourenço Marques when Portuguese colonialism in Africa came to an end in 1975. He then took the chair of the Architecture Department at the University of the Witwatersrand in nearby Johannesburg and with it an esteemed position in apartheid South Africa. His abrupt departure from Mozambique illustrates just how ruinous the end of Portuguese rule was for Mozambique.

The architectural output of Pancho Guedes is one of the signatures of Maputo and Mozambique. Within the bursting cinematic bubble that is the country’s re-emerging capital, his buildings hold their own alongside Maputo’s most iconic structures – the neoclassical Central Train Station, Gustav Eiffel’s Casa de Ferro or the majestic Polana Hotel. Under the peeling pastel paint and above the cracked pavements stands Guedes’s priceless architecture that doesn’t have to stand back from contemporary works in post-war Europe and that should be studied in its own right. These buildings retain a unique personality and nothing built since in Maputo has been their match.