Lawren Harris and the Canadian identity 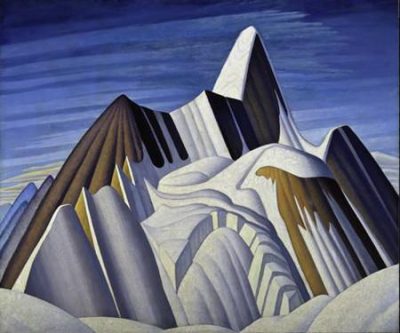 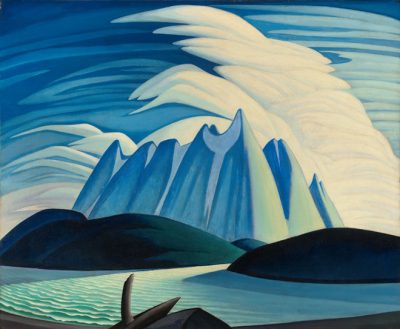 Lawren Harris and the Canadian identity

My visit to the Art Gallery of Ontario (AGO) in Toronto once again reminded me of how exciting it is to stumble into new territory that international travel makes so possible. The discovery du jour was Canadian artist Lawren Harris and the impact of it was mind-blowing. While Harris’s work is little known outside of Canada, the artist’s stature in his homeland and his influence on the country’s national identity are truly iconic. When one surveys his art, as I did at AGO, it isn’t hard to see why.

Harris’s greatest contribution to Canadian art are his landscape paintings, and especially those he made after travelling to the Rockies in 1924 and several times after that. In this oeuvre, there are variations on smooth mountain peaks and icebergs, islands floating in the blue of icy Lake Superior, all under the glow of an unmistakably beatific light. The artist’s search for “a deeper and more universal expression”, as he himself put it, took him further afield, not only geographically but also artistically, eventually towards complete abstraction.

Harris’s nature is simplified to its basic forms that are dominant and massive. His landscape is reduced to geometry. The mountains become triangles that occupy the centre of each composition. Severely abstracted clouds echo the forms of the snow-capped peaks of these mountains and colour is reduced to a restricted palette of blues, grey-greens, browns and off-whites. Harris’s bold and striking northern landscapes from the 1920s and early 1930s have clearly redefined the way Canadians perceive their country.

It has been suggested that Harris’s landscapes are a rejection of the urban spaces in Toronto where he, during an earlier phase, painted poor immigrant neighborhoods. It is possible that he went on to create these transcendent landscapes as a spiritual journey away from the city. Such is Harris’s fame in Canada today as a result of these landscapes that many of his abstract mountains have been identified as real places by Lisa Christensen, author of A Hiker’s Guide to the Rocky Mountain Art of Lawren Harris.

Harris himself unwisely described the experience of visiting the mountains in the far North of Canada and painting them afterwards as “cleansing”. In the ultra politically correct Canada of today, this has been translated by some to mean ethnic cleansing. For some, Harris’s empty landscapes – devoid of human figures – are a little too clean, apparently purged of the presence of First Nations peoples who would have been present on the scene during his repeat sojourns in the Rockies.

Similarly, it has been alleged that Harris, who was an heir to the Massey-Harris industrial empire which produced heavy machinery, was burdened with unease with the growing social inequality in his hometown. The speculation is that he painted poor neighborhoods out of ruling-class guilt, apparently because the Massey-Harris factories were to blame for the squalor of early industrial Toronto. The mind-blowing sometimes does become mind-boggling but, luckily, none of this can detract from the raw beauty of Harris’s art.