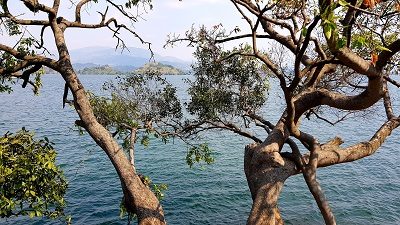 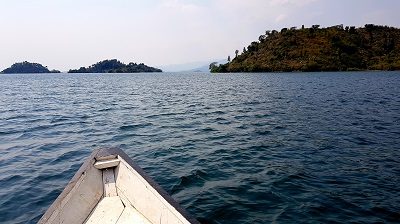 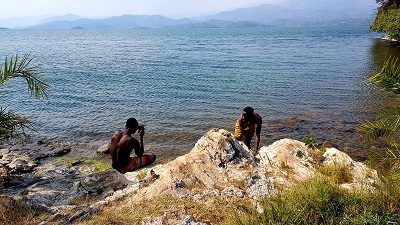 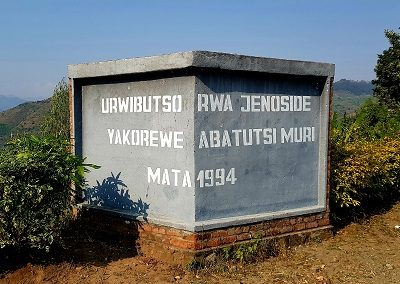 A cursory Google search of Lake Kivu, Rwanda’s largest body of water, one of Africa’s (smaller) Great Lakes and, at 480 metres, the second deepest lake in the world, will generate news reports that could easily dissuade some from visiting. The methane that is being extracted from under the lake’s bed to power the country where most homes still lack electricity could apparently cause Lake Kivu to spontaneously combust at any time!

Whether this is just journalistic sensationalism, akin to the reports of an imminent collapse of the Kariba Dam wall straddling the border between Zambia and Zimbabwe, is unclear. If the sleepy lakeside town of Kibuye, where I was headed from the capital – Kigali, is anything to go by, Lake Kivu is a picture of tranquillity, a beach destination of choice for visitors and locals, and one that is, unusually for the region, crocodile-, hippo-, and bilharzia-free.

“As elsewhere in Africa, Lake Kivu cannot be crossed casually into the Democratic Republic of the Congo due to the Byzantine bureaucracy that governs so much of the continent’s cross-border exchange”

The best way to experience Lake Kivu is by boat which is what I did with my driver and guide Eric and two sailors whom we hired for two hours for RFr 20 000. We cruised around several islands that dot the lake in a small boat that sat just above the water line and disembarked on one islet for a hike along a steep rocky path. The rural Rwanda all around came alive, with lone fishermen repairing their nets and young boys splashing in the water near the shore and the sweeping green-terraced hills behind them.

Lake Kivu forms a natural buffer between the tiny Rwanda and its giant neighbour – the Democratic Republic of the Congo, with the border running in the middle of the lake and clearly discernible on Google Maps. As elsewhere in Africa, it cannot be crossed casually due to the Byzantine bureaucracy that governs so much of the continent’s cross-border exchange. The notoriously hard-to-reach DRC thus remained a Fata Morgana that seemed to be floating above the horizon of Lake Kivu.

Ascending from the lake along a windy road, we stopped by at a local church which, like many others throughout the country, doubles up as a 1994 Genocide memorial. During previous times of ethnic tensions churches were sanctuaries, but in 1994 some clerics and nuns collaborated with the security forces to turn their premises into killing zones. Thankfully, this church was not one of them but the eerie feeling lingered on until we departed.

The day trip took place on a Sunday and to underscore this point, Eric and I passed many a rapturous church service and a colourful African wedding during the return 220-kilometre trek. Rwanda is one of the greenest and hilliest places I have seen and the sobriquet about a ‘country of a thousand hills’ fits neatly. The trip also revealed the general cleanliness of the place beyond the capital city, with the ban on plastic bags and the mandatory community service proving their worth.