In the midst of Congo chaos, there’s a bonobo paradise 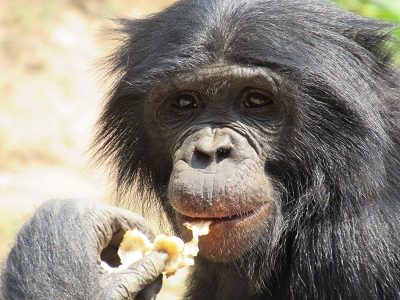 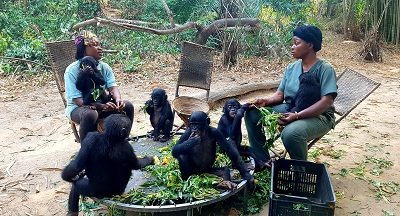 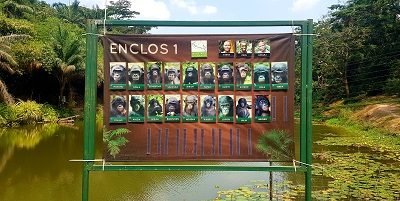 In the midst of Congo chaos, there’s a bonobo paradise

Two hours by car to the southwest of Kinshasa, on the green edge of the city’s sprawl, lies Lola ya Bonobo which is Lingala for ‘paradise for bonobos’. The world’s only open-air sanctuary for orphaned bonobos is the brainchild of Belgian conservationist Claudine André who founded it in 1994 and moved it to the current location in 2002. It is a privately funded nature conservation project par excellence and given the political turmoil, poverty and corruption in the Democratic Republic of the Congo (DRC), this sanctuary’s sheer existence is a miracle.

Bonobos, formerly known as pygmy chimpanzees but now recognised as a separate species, are the most endangered of all the great apes. They are found exclusively in the DRC, most of them in the rainforest on the left bank of the Congo River. Threatened by conflict, deforestation and bush meat trade, alarmingly, bonobos are facing extinction in our own lifetime. With ongoing tribal warfare, unregulated logging and with up to 80 percent of the meat consumed in the DRC consisting of wildlife, the number of bonobos left in the wild could be as low as 10,000.

Of some 100 bonobos living here, most are babies and young adults orphaned by poachers. The sanctuary’s aim is to provide lifetime care to bonobos and, if possible, reintroduce them into a protected forest reserve. Visitors’ trails lead around several large enclosures filled with verdant trees. There is also a small river and a lake. Troops of playful bonobos frolic deep inside each forested area but as soon as guides call them with “Allez! Venez!” and the promise of a fruit snack, they hurtle towards the fence with high-pitched shrieks that reverberate across the forest.

Bonobos and chimpanzees are humans’ closest living relatives, both sharing 98.7 percent of our DNA. Unlike pale-faced and large-eared chimpanzees, bonobos have a black face and small ears. With much lower levels of testosterone than chimpanzees (and humans), bonobos are much less aggressive than their cousins. Often compared to the hippies, bonobos shy away from confrontation in favour of sex to resolve conflicts, build relationships and promote bonding. Indeed, the bonobos I observed groomed and shared food in textbook camaraderie.

In contrast to chimpanzees, bonobo society is also largely female-centred. This matriarchal hierarchy means that bonobo females dominate their troops and, as mothers, chaperone their sons to mating with fertile younger females. These pushy mothers not only usher their sons in front of promising sex partners but also shield them from competitors. The watchful mothers are known keep an eye on nearby males while their own sons copulate. When they spot other males on the job, they won’t hesitate to detach a mating couple with a well-timed charge.

Apart from such isolated research snippets, the remoteness of bonobos’ natural habitat and decades of civil unrest in the DRC have ensured that much still remains unknown about the species. The Lola ya Bonobo sanctuary and its enthusiastic staff are working hard to educate the Congolese about the need to protect bonobos at the same time as they are saving them from the local meat market and the unscrupulous zoos in South East Asia. In this sense, the place is a breath of fresh air and a sanctuary far beyond the bonobo within the DRC.