Greenland is for silent contemplation 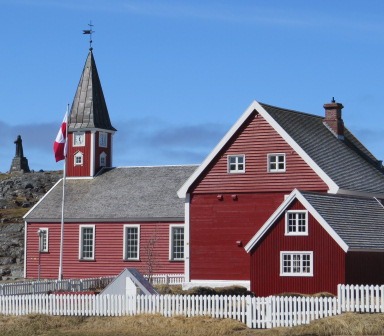 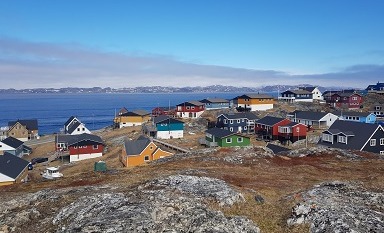 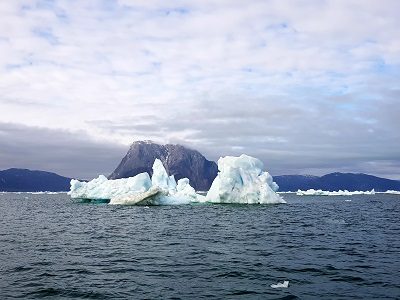 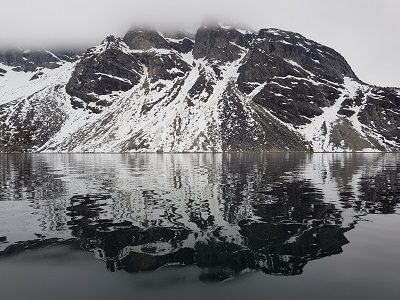 Greenland is for silent contemplation

One of the world’s last frontiers for travellers, Greenland is a great place to see Arctic wildlife and largely untouched nature that may vanish in the next few decades with the changing climate. In a remote corner of Greenland, the island’s miniature capital of 17,000 people, Nuuk appears to be suspended in the infinity of sky, rock and frosty sea water as part of Nuup Kangerlua, a 160km long fjord, one of the largest in the region. Nuuk also floats undecided between a reputation as a surprisingly cosmopolitan and cultured small town and a desolate community punctuated with long-slab apartment blocks and widespread alcohol abuse.

Infrequent and expensive flights, minimal tourist infrastructure and the lack of roads connecting the different towns and settlements mean that the world’s largest island remains unexplored and wild. The 30,000 tourists who visit annually arrive by plane from Copenhagen or Reykjavík and explore different parts of Greenland by helicopter or boat. For better or for worse, this is now changing with the growing interest in intrepid travel destinations. I don’t particularly wish to echo all those appeals to ‘visit Greenland before it’s too late’ but there is a certain urgency about coming here before the authentic Inuit culture disappears, the ice sheet melts and the crowds take over.

“As I sailed deeper into Nuup Kangerlua’s waterways, past the floating icebergs, cascading waterfalls and crystalline glaciers, it suddenly hit me that I hadn’t seen a single tree in the whole of Greenland!”

As I braved the Arctic wind and walked around Greenland’s capital, I sensed a strange disconnect between the quaint Old Colonial Harbour and the industrial suburbs where most people now live. It felt like the Hans Egede memorial, the red Lutheran church and the colour-coded wooden houses that surround these sights only exist for the enjoyment of visitors. The weather-beaten locals mostly kept to themselves and the desolate apartment blocks where they have been transplanted from their hunting and fishing settlements. If government statistics are to be believed, many Greenlanders now suffer the fate of Australian Aboriginals, complete with welfare and alcoholism.

The same goes for Nuuk’s abundance of culture and the thriving arts scene. The impressive Katuaq Cultural Centre with its famous Greenlandic tapas at the adjacent restaurant seemed to cater exclusively to foreign foodies. The ultrahip Nuuk Art Museum with its translucent Greenlandic landscapes by Emanuel Petersen was likewise monopolised by tourists as was the National Museum of Greenland, one of the best I have visited anywhere. One might argue that surveying Greenlandic relics, such as kayaks and umiaks, by everyone but Greenlanders would be a common feature of cultural institutions worldwide but it was definitely more pronounced here.

It was the grand fjord backed by rocky mountains just outside Nuuk that gave instant meaning to Petersen’s landscapes and the museum’s exhibits. As I sailed deeper into Nuup Kangerlua’s waterways, past the floating icebergs, cascading waterfalls and crystalline glaciers, it suddenly hit me that I hadn’t seen a single tree in the whole of Greenland! The abandoned Norse settlements, like Qoornoq, were a reminder of the constant battle with this harsh environment. The view from an open boat was a black and white film – the dark rocks were speckled with white snow and the sky was grey. It turned out that Nuuk’s technicolor wooden housing wasn’t a luxury but a necessity.

The open boat trip that took me half a day away from the city into the fjord was with Nuuk Water Taxi which I first found online and then prominently docking in the Old Harbour. I had spent weeks looking for suitable winter clothing back home in South Africa for my guide to look me up and down and say: “You’ll be cold.” The tour company gave me a bulky hazmat suit which took 20 minutes to climb into and another 20 to climb out of. After eight hours of howling wind and icy drizzle I was cold anyway. It was the strangest tour I have ever taken: the guide never said a word because in the Arctic wind between us it would have been pointless. It was a tour for silent contemplation.