Fally Ipupa in Kinshasa: My brush with Congolese rumba 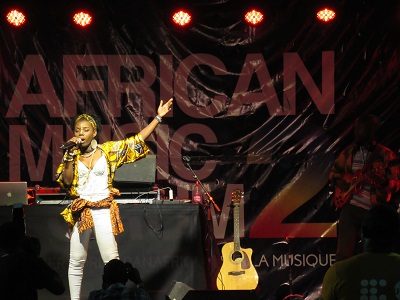 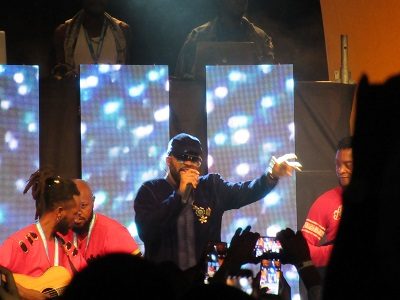 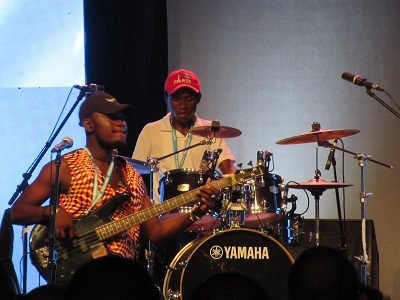 Fally Ipupa in Kinshasa: My brush with Congolese rumba

The Democratic Republic of the Congo (DRC) boasts some of Africa’s worst politicians – and best musicians. There’s a strangely symbiotic relationship between the two, with the country’s image of blood diamonds, child soldiers and civil unrest juxtaposed against its reputation for some of the most consistently innovative and socially meaningful popular music on the African continent. The DRC is synonymous with Congolese rumba, an upbeat rhythm that has become genuinely pan-African since the country’s independence from Belgium in 1960. No visit to Kinshasa is said to be complete without a brush with Congolese rumba.

Working from that premise, I had done my due diligence in exploring the Congolese sound ahead of my trip to Kinshasa. I had worked my way through a playlist containing Papa Wemba, Franco and Koffi Olomide to see why Congolese rumba moves the crowds and why it permeates African music so deeply that it now pretty much defines it. My YouTube-fuelled crash course had shown just how fast the genre has evolved – from the electric guitars of the 1950s to soukous of the 1980s up to today’s ndombolo. It’s infectious and it can take days to get the sound of dancing drums and singing guitars out of your head once you give it a try.

Its original sound has a great story behind it. It was repurposed from the Cuban songs the first generation of Congolese rumba stars apparently discovered on a budget range of ten-inch, 78rpm records put out by His Master’s Voice in the 1950s and brought to the Congo during the final decade of Belgian rule. Rumba itself had originated in Cuba as a blend of African and Latin rhythms and by finding its way back to Africa, Congolese rumba has made a full circle. It has since hit a nerve throughout Africa and has perhaps had a greater cumulative effect on Western dance floors than any other genre of imported ‘world’ music.

In each generation of Congolese music, new musical styles develop from these complex roots. By all accounts the most popular solo singer in Congolese music today is Fally Ipupa who began singing with Koffi Olomide’s group Quartier Latin in the late 1990s. Olomide later featured his protégé alone before Ipupa launched his solo career which is where he is now. His vocal influences include Papa Wemba while he credits Olomide for influencing his lyrics. No Congolese party would take off without an Ipupa song, such as Original – my favourite which mixes the latest incarnation of ndombolo with acoustic sounds.

Having done my homework, I was lucky to walk straight into an Ipupa concert on the day of my arrival in Kinshasa. I had learned about it online ahead of my trip and then saw it conveniently advertised on a billboard en route to my hotel from the airport. The event was a boisterous affair at the Maison de France/Cercle Français, the capital’s prime cultural venue. The wait for Fally was long – with countless filler artists warming up the Maison’s twin stages – but when he finally appeared, he gave just the sort of blinged-up Congolese performance I was expecting: raucous, full-bodied, polished – and supremely memorable.