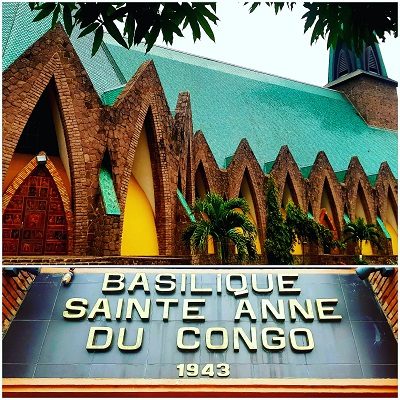 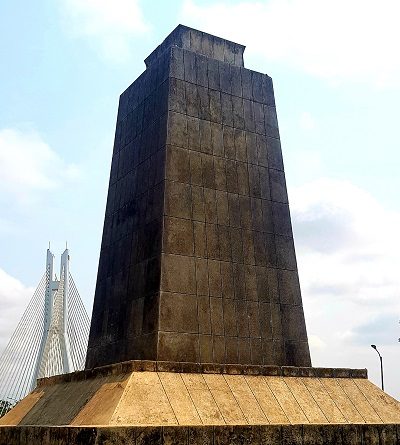 In 1940, with the Fall of France splitting the motherland between the Nazi-occupied north and a collaborationist Vichy France to the south, a third political entity emerges with France Libre in the French Equatorial Africa. Brazzaville, until then a colonial backwater, becomes the capital of the Free French and suddenly the pressure is on for the city to look the part. This transformation is now synonymous with the work of Roger Erell. Born Roger Lelièvre, with Erell denoting his initials, this architect endows Brazzaville with a unique aesthetic that transcends France Libre well into the 1960s when the city is the capital of an independent Republic of Congo.

Erell’s aesthetic combines French modernism with local materials and artistic inspiration. The result is fluid, nonlinear architecture richly decorated with the mauve sandstone that abounds on the banks of the Congo River and defines much of Brazzaville to this day. If architectural aesthetics cannot be separated from architects’ politics, as is sometimes argued, Erell’s work stands in sharp contrast to that of Le Corbusier, a fascist-leaning star architect associated with Vichy France. The truth is that in 1940 and 1941 Le Corbusier spent 18 months in Vichy, trying to curry favour with the regime of Marshal Pétain, which ultimately found his ideas too avant-garde.

Erell’s crowning achievement in Brazzaville is the neo-Gothic Basilica of Saint Anne of Congo, built between 1943 and 1949. This is the city’s most striking building, with a sweeping silhouette, imposing bell tower, delicately carved copper doors and a dazzling green roof. This is a major work of Gothic revival architecture with echoes of the Cathedral of Notre-Dame de Paris but with a modernist twist that also fuses Western architectural ideas with African building techniques. The basilica’s Congolese symbolism is amplified during the daily 5pm mass, which I made a point of attending, when the nave is a sea of beautifully dressed African women.

With Brazzaville being so flat, the basilica’s green ceramic tile roof is visible from far and wide. But the real magnificence of the building is revealed only when you enter the nave. It has eight pointed arches made of raw brick that hold up the roof. Inspired by the Zande spearheads of Southern Congo, the arches are visible on the outside where they link onto the buttresses but on the inside they give the church a special sense of depth by thinning towards the roof. In the ceiling, there is a thin skylight along the length of the nave which floods the interior with sunlight. The church was famously damaged during the civil unrest of 1997 and but it is now fully restored.

The basilica sits next to a stadium that is another of Erell’s masterpieces. The Félix Éboué Stadium, built in 1944, is a monumental public space with a tribune flanked by a statue of Éboué, the first black person to serve as governor in a French colony in the 1930s and 1940s. With such credentials, Éboué would have been the liberal face of the Free French and after the war he was duly interred in the Paris Pantheon, again as the first black person to be buried there. The rather Stalinesque-looking statue is decorated with the two-barred Cross of Lorraine, which – placed inside the French tricolour – was the official symbol of France Libre.

Erell’s signature in Brazzaville also extends to the stone monument to French explorer Pierre Savorgnan de Brazza which overlooks the Congo River and was once a lighthouse. Also built in 1944 to resemble a blunt pyramid, the lighthouse, with its maritime connotations, is an oddity here but the lantern on top of it suggests that it indeed is a lighthouse. Its main appeal is its location on an elevated bank of the river, with panoramic views of both Kinshasa across and the newly built suspension bridge beside it. With so many masterpieces in such a small town, this could also double as a monument to Erell’s ingenuity in turning Brazzaville into a Paris du jour.