DMZ: North Korea from the comfort of the South 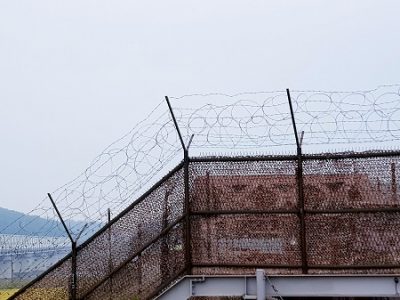 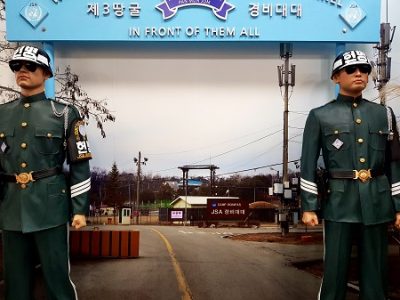 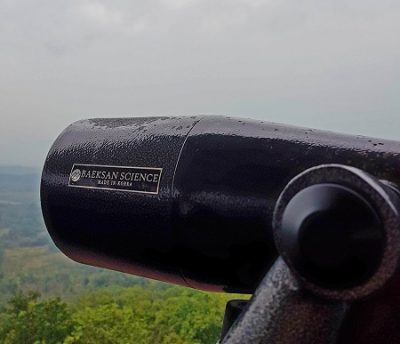 DMZ: North Korea from the comfort of the South

The Demilitarised Zone, or the DMZ for short, is a strip of no-man’s-land between North and South Korea, which is anything but demilitarised. It’s the world’s most heavily guarded border given the battle-ready armies, tank traps, landmines and electric fences on both sides. It’s a sinister place where the tension between the two countries, still officially at war, is palpable. But it’s also a major tourist attraction for history buffs like me, with several observation points allowing one to peek into North Korea.

The inconclusive Korean War ended in July 1953 after three years of fighting that saw US-led South Korean forces battle a North Korean army backed by the Soviet Union and China. The two sides drew an arbitrary border between the two states across the Korean peninsula at the 38th parallel. Today, South Korea – one of Asia’s economic powerhouses – remains technically at war with its petulant communist sibling to the North. Only a fragile armistice, in evidence along the “peaceful” DMZ, prevents open conflict.

The DMZ is an internationally administered area that can only be visited with an official tour, which is what I did in September 2017. It was during one of the regular flare-ups between the Koreas, prompted by the North’s latest missile test. I’d have expected this to register more in Seoul, only 50km from the DMZ, but I never heard a single Korean mention it and even when a squadron of US military choppers thundered overhead while I waited for a bus, the locals around me never looked up from their phones.

The tensions nevertheless led to a temporary closure of the Joint Security Area with the iconic blue houses most visitors want to see. Even with the truce village off the programme, I wasn’t sure up until the last minute if my tour would go ahead, but it did. I was picked up from my hotel by a guide who checked my passport and my clothes – yes, there’s a dresscode: torn jeans and flip flops are out because North Korean soldiers like to photograph them to show the North Korean public how hard life is in the West.

The DMZ, for one, is a unique ecosystem with a complete lack of human activity since the 1950s. Not so much underground where North Koreans dug out at least four infiltration tunnels into South Korean territory, which can now be accessed right to the concrete seal – unless you’re claustrophobic. There’s also the hyper-modern Dorasan Station, a terminus through which, one day, you should be able to catch a commuter train to Pyongyang. For now, their tourist shop sells bottles of murky-looking North Korean soju.

The tour ends on a high note at the Dora Observatory with telescopes directed at North Korea. This is where North Korean loudspeakers blast propaganda music which South Koreans counter with equally loud bursts of K-pop. The DMZ is an educational experience where you can get pretty close to North Korean soldiers without, on a good day, being shot at. For Koreans, it’s also a reminder of a frozen war and divided families, marked on the South Korean side with colourful ribbons on the barbed-wire fence.