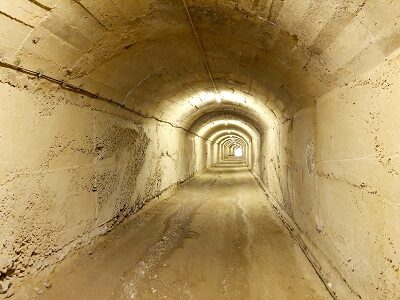 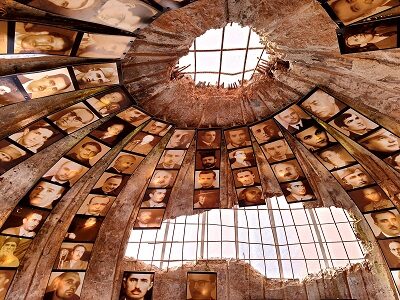 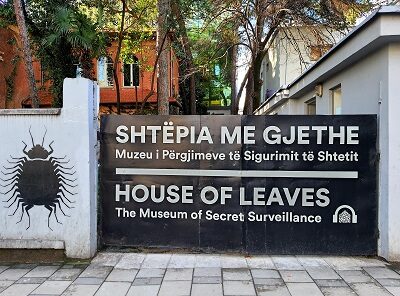 The communist Albania, which thankfully no longer exists, is a study in advanced paranoia. For four decades, this tiny country was cut off from the rest of the world much like North Korea is now while its pervasive secret police clamped down on all dissent, real and imagined. Since not much was developed, very little has survived. For one, Albania remains dotted with thousands of mushroom bunkers which today make some of the stranger sights around the cities and the countryside.

Between 1944 and 1991, Albania experienced a brand of communism unknown even to the obedient Soviet satellites. Its isolationism kept it the poorest in Europe. During his long reign, the Albanian leader Enver Hoxha banned religion, travel and private property while running a centralised economy and an iron-fisted dictatorship. His paranoia about an imminent attack by the East, the West or both at once left nothing to chance: his 173,371 concrete bunkers would win Albania any war.

“The regime clearly saw an enemy under every bed – and often in it, too”

Never put to real use, two of Hoxha’s most sprawling bunkers now serve as history museums. The larger of the two, Bunk’Art, is an underground spiderweb of over 100 rooms spread over five floors on the outskirts of Tirana. Built in the 1970s for the dictator and his hangers-on, the bunker features meeting rooms and living quarters, including a matrimonial suite for the Hoxhas. Visitors are encouraged to pick up the telephone receiver in Hoxha’s office to hear his authentic voice.

Bunk’Art 2 – the sequel – is subterranean prime real estate in the centre of Tirana. Secretly built in the 1980s beneath the communist-era Ministry of Internal Affairs, the bunker was later excavated with the same sense of mystery important ruins are unearthed in any of the world’s ancient cities. The underground system of tunnels was obviously designed as an escape route for the dictatorship’s key personnel during an attack on Hoxha’s delusional regime that just never came.

Not a bunker per se, the House of Leaves in central Tirana is a former obstetrics clinics turned headquarters of the Albanian State Security (Sigurimi). It’s a severe case of the regime’s misplaced priorities. The amount of tapping devices and monitoring equipment used to spy on Albanians is extraordinary given the resources spent on meeting the basic needs of Albanians during the communist times. The regime clearly saw an enemy under every bed – and often in it, too.

The journey through these facilities is as fascinating as it is depressing. The paranoia and means of persecution seem boundless. It’s often hard to decide which is more sinister: spying on refugees inside a foreign embassy in Tirana through a microphone hidden inside the maid’s broom or watching a live performance by an overjoyed singer on the Albanian state TV, both during the 1980s. If you, like Hoxha, believe that everyone’s out to get you, perhaps the problem is you.