Carpet-bombed at Carpet Museum of Iran 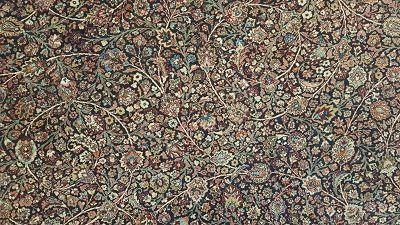 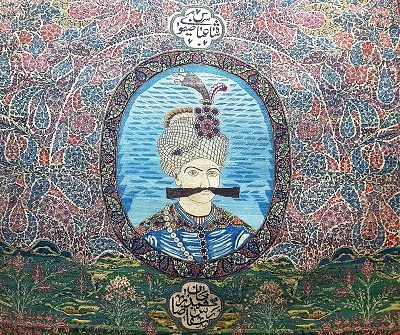 Carpet-bombed at Carpet Museum of Iran

Carpets are an integral part of the Iranian culture. Sightseeing in Iran therefore means not only an aesthetic overload of seeing too many beautiful carpets everywhere but also finding yourself one step ahead of a carpet seller at every turn. One place in Tehran where Persian rugs can be admired in peace is the Carpet Museum of Iran beside Laleh Park. Founded in 1976 by Farah Diba Pahlavi, the last Empress of Iran, the museum is a repository of hundreds of breathtaking Iranian carpets mainly from Tabriz, Kashan, Qom and Isfahan, dating from the 16th century to the present. Beautifully time-warped, the museum’s perforated exterior was designed to resemble a carpet loom.

The history of Persian carpets spans 2 500 years, the same length of time as the Iranian culture itself. The Iranians were among the pioneer carpet weavers of the world’s ancient civilizations. Through centuries of creativity and ingenuity, they have achieved a superlative degree of perfection. The skill of carpet weaving has been handed down by families to their children who built on those skills and in turn passed them on to their offspring as a closely guarded family secret. To trace the history of Persian carpets is to follow a path of cultural growth in one of the world’s greatest civilisations. The booming market with Persian carpets in Iran today is a sign that this growth continues.

The carpet display on the ground floor of the Carpet Museum of Iran begins with a replica of the Pazyryck rug, the oldest known knotted carpet from the 5th century BC and found by Soviet archaeologists in Siberia in the late 1940s. This carpet is of rare beauty and it is woven with great technical skill. It was found preserved high up on the Altai Mountains in the frozen tombs of Scythian chiefs, which were 2400 to 2500 years old, and is now kept in The State Hermitage Museum, St Petersburg, Russia. From there, the carpet display is arranged more or less in chronological sequence, covering every significant period of Iran’s history, including examples of tribal carpetry.

Among the collection’s highlights are the 16th- and 17th-century Safavid rugs, including the so called Polonaises which caused a sensation at the 1867 Paris International Exposition. Then there are the 18th-century carpet representations of Persian gardens with bird’s-eye views of the classic four‑part garden. These carpets are easy to get lost in as you follow their irrigation channels. Similarly, the impact of European art and taste on 19th-century Persian carpet design becomes increasingly obvious as you approach this section of the display. There is a reproduction of a Watteau painting or a family-tree of American presidents, made for the 1904 Louisiana Purchase Exposition.

The museum also traces the artisanal process behind creating a Persian rug. The carpets are traditionally spun from sheep’s wool, and less often from silk and cotton. The quality of wool depends on the breed, pasturage and time of shearing. The wool is then turned into thread by hand and boiled with natural dyes from plants and insects. Chamomile, grape leaves, pomegranate rind and indigo produce natural reds, yellows and blues. Only after the threads have dried can the weaving begin and this, with the most sophisticated of rugs, can take years. All in all, the Carpet Museum of Iran is an educational experience that shouldn’t be missed by anyone looking to own a Persian rug.