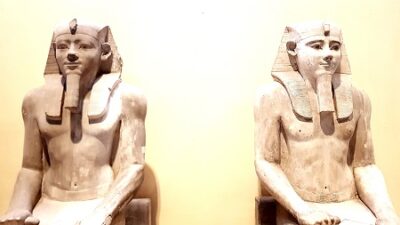 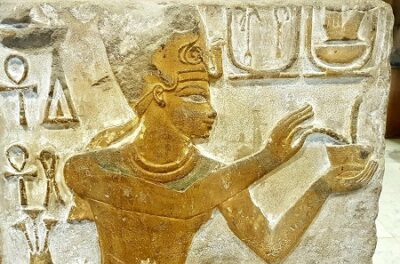 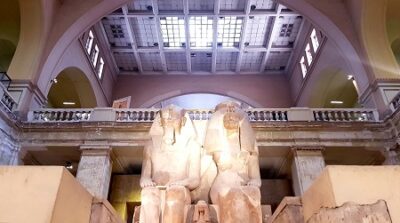 Despite its location in Tahrir Square where it remains at the mercy of central Cairo’s infamous traffic, its notorious visitor overcrowding and its numerous conservation threats, the charmingly dilapidated Museum of Egyptian Antiquities is still hugely atmospheric. As the opening date of its state-of-the-art, glass and concrete replacement – the Grand Egyptian Museum in Giza looms, the 19th-century edifice with its iconic pink façade and its dusty warehouse vibe deserves a final peek.

For over a century, the historic building has survived due to Egypt’s perennial lack of resources in its original layout as a gem of early museum design – an artefact in its own right. Since 1901 when it was built by the French architect Marcel Dourgnon, the suitably domed, two-winged museum has housed, on its two floors, the world’s largest collection of Pharaonic statues, bas reliefs, mummies, coins, jewellery, pottery and papyrus scrolls, including Tutankhamun’s treasure trove.

Inside the museum, an oriental chaos reigns supreme. During the 20th century, with every new dig the number of objects increased and had to be shoehorned into the existing space. Now more than 100 000 artefacts are wedged here. The collection has outgrown the original layout manifold and adding to the general warehouse feel is that partial refurbishments require that objects are constantly moved around. The large number of visitors trip over each other – and over the exhibits.

In the best Victorian tradition, the museum simply displays the artefacts without much in the way of narrative or common thread. Many of the few description tags that you will find have become obsolete as new discoveries have replaced old theories. The museum also had no alarms or detectors until 1996 when an overnight robbery prompted their installation along with attempted modern lighting which before then didn’t exist. Even now the cavernous atmosphere still prevails.

Like Egypt itself, its best museum is in a state of flux. The impending opening of its replacement means that while many artefacts are still on display here, others are being crated away. There’s also uncertainty about the future of this place. Some say it’ll remain a major sight, but it’s not yet clear when the new museum will open and what will stay behind. Given Egypt’s record on restoration that borders on gaudy and kitsch, it’s best to visit now while much of the old drab survives.