Bridging the gap: Ottoman legacy in the Western Balkans 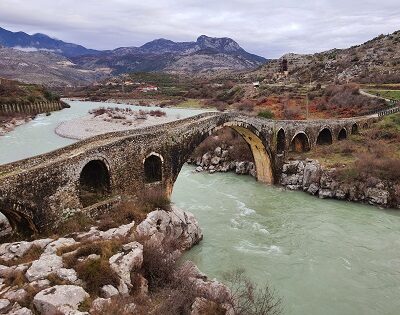 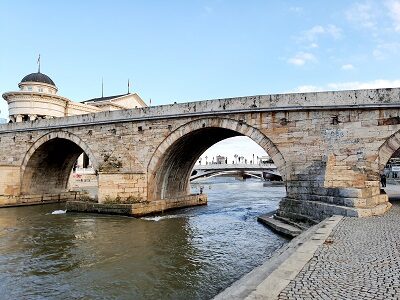 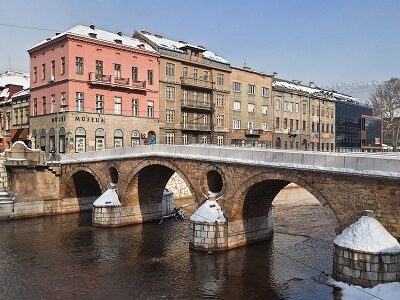 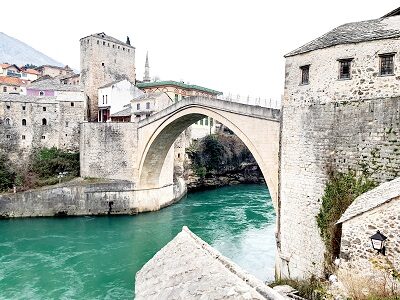 Bridging the gap: Ottoman legacy in the Western Balkans

Held together only by their geometry, the Ottoman stone bridges of the Western Balkans are the marvels of pre-modern engineering. But just as fascinating is their sculptural form: the arches, the openings and the cornices, all of which rest on sturdy pillars and in-between giant abutments. These big engineering projects are also true works of art. In one of Europe’s most earthquake-prone regions, the Ottoman stone bridges have stood solid for centuries all the while looking slick.

Bridges tend to be reliable markers of the power and prosperity of any given period. By the end of the 15th century, Ottomans were on a mission to make their mark in the Western Balkans. There was a political decision to assimilate the region and impose a new uniformity. This occurred in the context of fresh urbanisation and development of trade routes. The Ottoman stone bridges in modern-day Albania and parts of former Yugoslavia are thus mostly utilitarian but also very oriental.

“Thanks to the Yugoslav novelist Ivo Andrić, the Ottoman stone bridges of the Western Balkans are now also seen as symbols of durable values amid the contingency of human existence”

With the Ottomans themselves perceived as a bridge between the East and the West, the metaphor has also engulfed their iconic stone bridges. Bridging the gap between civilisations, these structures have come to link various Balkan cultures and, specifically, unite Southern Slavic nations. Thanks to the Yugoslav novelist Ivo Andrić, the Ottoman stone bridges of the Western Balkans are now also seen as symbols of durable values amid the contingency of human existence.

An 8km bicycle ride away from Shkodër in northern Albania, the Mesi Bridge is the largest Ottoman stone bridge in that country. Completed in 1770, the bridge is a late creation which still incorporates many of the key features from the golden age of Ottoman bridge-building in the 15th century. These include 13 arches, both pointed and semi-circular, the largest of which spans the full width of the Kir River beneath. Its crystalline waters are a magical backdrop to the viaduct.

Skopje’s Stone Bridge in the capital of North Macedonia is an Ottoman structure built on Roman foundations by Sultan Mehmet II in the mid-15th century. Made of solid stone blocks and supported by robust columns, the bridge consists of 12 round arches. It links two parts of Skopje with its urban contrasts of Ottoman or modern and Albanian and Macedonian across the Vardar River. During WW2, the Stone Bridge was laden with explosives by Nazis but narrowly escaped destruction.

The Latin Bridge is most notorious of Sarajevo’s dozen historic Ottoman-era bridges over the Miljacka River. The asymmetrical span has four arches and rests in-between embankments and on three pillars, two of them with eye-like openings. Its northern end was the site of the assassination of Archduke Franz Ferdinand of Austria by Gavrilo Princip in 1914, which became casus belli of WW1 and placed Bosnia and Herzegovina on the global map for the first time.

Arguably the most imposing Ottoman bridge in the Western Balkans crosses the emerald-green Neretva River in Mostar, Bosnia and Herzegovina. Its gracious pointed arch spans the rocky terrain and rests on sturdy abutments. These were its only parts that survived the tank shelling during the Bosnian War of 1993. After 427 years, the bridge collapsed to be rebuilt with global effort by 2004. Today the Old Bridge is once again the proverbial symbol of multi-ethnic coexistence.