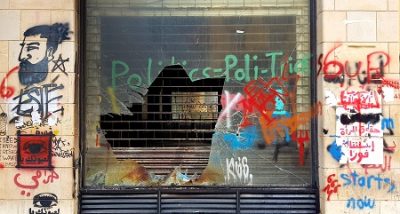 Just as memories of the Lebanese civil war were starting to fade, perceptions of Beirut as a perpetual war zone have begun to dominate, once again, with anti-government protests rocking the city every day. But bullets and tear gas aside, Beirut can also be irrepressibly super cool. The heady pre-war party days when Brigitte Bardot used to visit the ‘Paris of the East’ are back with street art and design scenes making comebacks even as the Hezbollah and Israeli jets now and then fight it out all around.

Strolling through Beirut, it’s often hard to tell apart battle-scarred buildings from new construction sites. Skyscrapers are going up above the perfectly restored streets near the Place d’Étoile, now cordoned off to keep the protesters at bay. I got accidentally tear-gassed while taking pictures there. Things felt a lot safer among the bullet-riddled Ottoman mansions further away or near the skeleton of the old beachfront Holiday Inn, a favourite target for anyone with a rocket launcher during the civil war.

“Undeterred by the civil unrest raging on all around them, Beirut’s eateries – from top-tier to dive – were cooking up a storm in every street”

In Martyrs’ Square, the war-time demarcation line that divided Beirut in half along the sectarian lines and now once again the city’s premier public space, the sky-blue dome and minarets of the Mohammad Al-Amin Mosque stands side by side next to the neoclassical façade of St George’s Maronite Cathedral. Quite a unique sight in the region, I’d say. Both were closed and off limits as I walked past, with the public anger, inter-religious and non-denominational, focused on the banks across the street instead.

Located at Beirut’s westernmost tip is the city’s prime natural landmark, the Raouché or Pigeons’ Rocks. The bigger of the two limestone formations sticking out of a small azure bay is 60m high and has an archway eroded through it. The rocks were formed after a powerful earthquake that hit the area in the 13th century and they have been a Beirut institution ever since. The surrounding area, I was told, is in the process of being sold to real estate developers so expect a proliferation of cliff-side monstrosities.

Needless to say, Beirut is also home to a phenomenal national cuisine. With everything grilled, baked, steamed, sautéed, pickled, juiced or plain raw – Lebanese food is an absolute delight. Undeterred by the civil unrest raging on all around them, Beirut’s eateries – from top-tier to dive – were cooking up a storm in every street. I made an honest effort to try as much kibbeh, kafta, manakish and mezze, with my most pressing concern being whether or not I could squeeze in another plate of Lebanese hummus.

I was pondering a dictum that would sum up this fascinating place when I unexpectedly got one from a young Lebanese woman who refilled my glass at wine tasting at Chateau Ksara, near Beirut: “Lebanon is always the exception,” she said when I remarked on a Muslim country where drinking was not merely tolerated but encouraged. The tiny Lebanon has experienced a lot of upheaval for its size and the most exceptional thing about it has been its response: epicurean and convivial, as seen in Beirut at every turn.