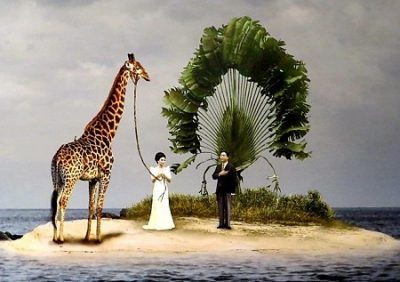 In the midst of the traffic-jammed construction site that is Manila lies the fabulous Ayala Museum, a much needed breathing space. This private institution, which surprisingly dates back to 1967, now unsurprisingly occupies a gleaming skyscraper adjacent to a shopping mall in Makati, Manila’s island of prosperity. Superbly curated, Ayala is one of those multi-dimensional museums where sections of seemingly unrelated material paint a full picture – in this case of Philippine art, culture and history.

At the core of its collection is The Philippine Diorama Experience – a visual narrative of the milestones of Philippine history through handcrafted dioramas. Being no fan of dioramas, which I tend to dismiss as stodgy, dust-gathering displays of predictability, I entered with suspicion and left with great excitement. Ayala’s dioramas take you through Philippines’ pre-Hispanic past, the Spanish and American colonial conquests and the Japanese mayhem wrought on Manila during WW2 with cool-headed humour.

The dioramas shed a fresh perspective on the museum’s collection of pre-Hispanic gold. Such exhibits are a museum-goer’s staple of education in Latin America but Ayala’s section titled Gold of Ancestors: Pre-Colonial Treasures in the Philippines reaches further. It not only showcases the craftsmanship behind the pre-Hispanic jewellery and objects d’art but allows Ayala’s cross-disciplinary approach to illustrate the thirst for gold which, along with religious fervour, fuelled the Spanish colonial expansion.

Ayala’s exhibitions culminate with People Power, a multimedia presentation that chronicles the 1986 People Power Revolution. The multiple screens depict the nonviolent uprising which led to the departure of Ferdinand Marcos, the end of his 20-year dictatorship and the restoration of democracy through the election of Corazon Aquino to the Philippine presidency. These displays are as immersive as they are symbolic – the sea of yellow ribbons signals the beginning of colour-coded revolutions worldwide.

Ayala also reappraises Imelda Marcos, the iconic wife of the former dictator who survives in Philippine politics, mostly as a caricature of herself. The one-time beauty queen is remembered not only for her bullet-proof brassières and, of course, shoes, but also for the relative stability of her era vis-à-vis the turbulence of later democratic governments. This museum’s hallmark is in its ambiguity: it portrays Philippines not only in terms of inequality and underdevelopment but as a highly nuanced society.