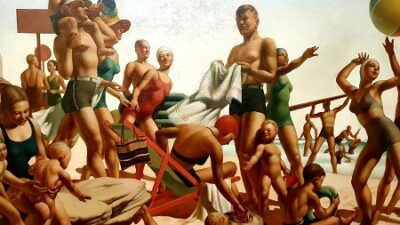 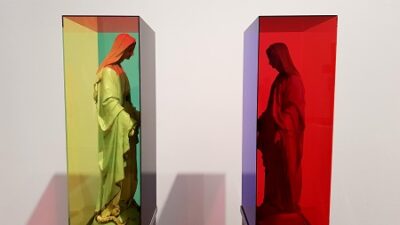 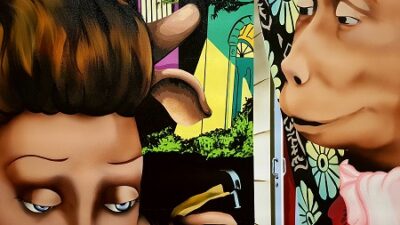 Showcasing Australian art through the ages, this is your go-to art museum if you only have time one in Sydney. The Art Gallery of New South Wales (NSW) is the leading museum of art in the state and Sydney and one of Australia’s foremost cultural institutions. It presents an outstanding permanent collection of Australian art, heavily rotated due to its size, with a steady stream of blockbuster international touring exhibitions to boot. This is Sydney’s best-loved art museum and it shows.

With its neoclassical Greek portico, Walter Vernon’s 1896 design served to hallmark the presence of classical culture in a colony far removed from Europe. The equally impressive lobby and grand exhibition rooms give the visitor a sense of history and tradition and blend well with Andrew Andersons’ modern rear building which first opened in 1972. Surrounded by parkland near Sydney’s working harbour, opposite the Domain and the Botanical Gardens, the museum’s setting is pure perfection.

The museum’s highlight is the collection of 20th-century Australian art with all the big names of the local painting scene. As one of Australia’s two culture hubs, Sydney is often contrasted with Melbourne as the older, 18th-century convict settlement more concerned to forget its past than to remember it. It has a strong belief in the new and little respect for the old. It’s hedonistic and sometimes vulgar, taking many of its values from outside Australia. Its art is an extension of these qualities.

Australian art only began to forge its own identity in the late 19th century when it chose to depict a uniquely Australian subject matter – the landscape. It was slow to embrace avant-garde European movements, such as Cubism or Surrealism, and when it did, it continued to incorporate them into its depictions of the Australian landscape, either urban or the dramatic isolation of the Outback. The genuinely international avant-garde trends – from Pop art to conceptual art – gradually took over since the 1960s.

Two artists, both of them duly celebrated in this museum, deserve a special mention here. One of them, Grace Cossington Smith was the pioneer of modernist painting in Australia with her distinctively colourful portrayals of everyday Sydney during the 20th century. The other, Sidney Nolan whose vibrant modernist landscapes also feature uniquely Australian stories from the bush. Most famous of these are his iconic depictions of Ned Kelly and his notorious gang of 19th-century bushrangers (bandits).