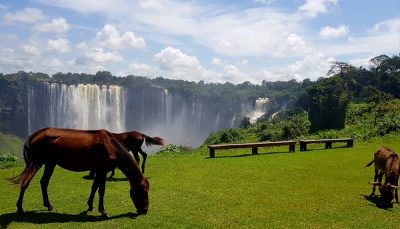 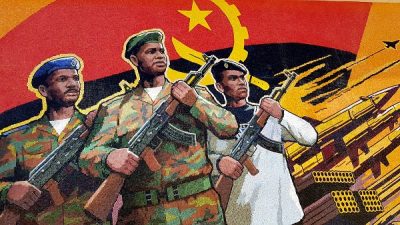 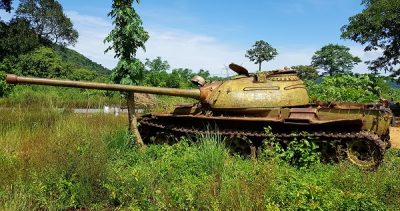 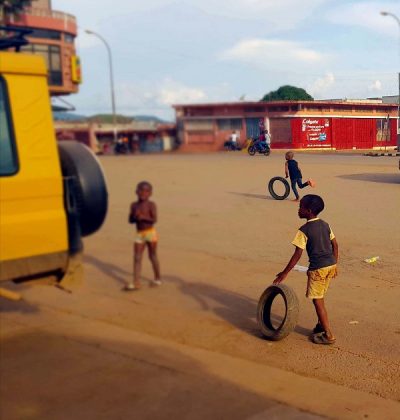 Angola has long had the allure of an inaccessible country because of its hangover from the long civil war, residual landmines in the countryside and the state bureaucracy that wore its hostility to foreign tourists like a badge of honour. For me, given the allure, visiting Angola was never a question of if but when. It was therefore a pleasant surprise to be acted upon without further delay when Angola, out of the blue, became visa-free for South African passport holders.

It must be pointed out quite early on that Angola is a prohibitively expensive place to visit. The stories of Manhattan prices dot the internet like the bullet holes from the country’s long civil war. Its capital, Luanda, has been repeatedly named the costliest city in the world and I can now testify to that. The exorbitant prices for pretty much everything do not necessarily reflect high standards or quality as is often the case in emerging countries. In Angola, this is the result of a two-tiered economy.

“Driving on the pot-holed roads away from the coast is a hazard but the views are mesmerising: the lush green forest gives way to a semi-desert suddenly and inexplicably”

This means that the cost of living for expats, determined by a demand that far exceeds the supply, varies wildly from that of locals, many of whom live in poverty. Angola is rich in oil and expats, mostly from Portugal, Brazil and the US, are trickling in to fill the skills gaps. This influx does inflate the expat prices. On top of that, the government is not doing enough to diversify the economy which relies on costly imports of most basic goods, inflating their prices further.

Like Mozambique, Angola is soaked in Portuguese culture. This is noticeable in the Mediterranean-style architecture and in ubiquitous corner cafés in Luanda and beyond. Also its sole official language is Portuguese and compared to most other African countries, the proficiency in the colonial language here is high. Like other African countries, Angola is also delightfully time-warped with mid-century buildings, many of them still filled with bullet holes from the recently ended civil war.

Reconciliation between the warring factions is still ongoing, with the flags of the Marxist-aligned MPLA and opposition UNITA parties flying in people’s yards side by side. With an odd abandoned Soviet tank decorating the countryside, the relief from three decades of war is palpable everywhere. And so is optimism surrounding João Lourenço, the country’s new president nicknamed J-Lo, who is expected to clean up after his kleptocratic predecessor.

As a port city, Luanda has a fantastic physical location with Ilha do Cabo, a low sandy strip of land off the city’s shore protecting its natural harbour. The Ilha also hosts some of the capital’s best restaurants and offers unrivaled views of the city’s skyline, particularly at night. Another natural feature – an elevation at the entrance to the Ilha is the site of Fortaleza de São Miguel, a historic settler fortress with some spectacular Iberian tile work and statues of Portuguese naval explorers.

The Portuguese architecture of Luanda is peppered with an occasional post-independence, Soviet-style brutalist piece or a brand new Chinese-built highrise. The Chinese-built parliament precinct is a monstrosity in its own right. But the real beauty of Angola lies further afield. Driving on the pot-holed roads away from the coast is a hazard but the views are mesmerising: the lush green forest gives way to a semi-desert suddenly and inexplicably.

Many of the sights have crumbling tourist infrastructure from the days when the Portuguese settlers last frequented them. It’s easy to see why. The small Lucala River deep inland, for one, unfolds into the mighty Kalandula Falls, some of the highest in Africa with a drop of 105 metres. Unlike the much better known Victoria Falls, the Kalandula Falls are still a haven of tranquility, shielded away from mass tourism that could soon overwhelm them.