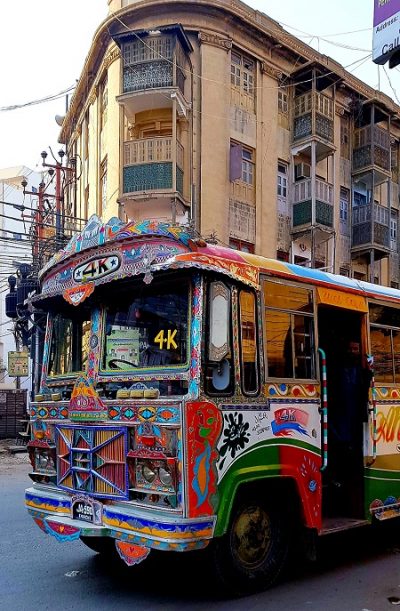 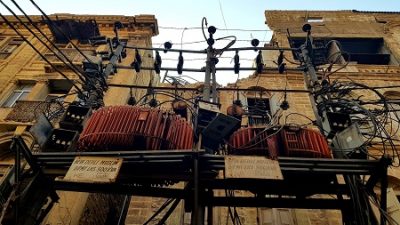 Karachi, Pakistan’s first capital and modern metropolis, is no one’s idea of a city break. It’s not that the city is lacking in history or heritage sites, it’s rather that its historic centre resembles one massive slum. Built between 1843 and 1947, Karachi’s old colonial centre was once a marvel of the Indo-European style, exquisitely detailed in red and brown sandstone. Since independence and partition, environmental degradation and uncontrolled urbanisation have defaced and defiled it to the point of no return.

Unlike Lahore with its ancient Mughal architecture, Karachi is a relatively young city. Established in 1729 as a fortified port settlement, its construction only really took off after the British conquest in 1843 as a ‘European’ city. By mid-20th century, Saddar, as the old colonial hub was known, emerged as the centre of the cultural and social life of the city’s elites with clubs for various ethnic groups, hotels with lavish bars and billiard rooms, impressive business houses and upmarket private residences.

The colonial-era Karachi also had something that has since all but disappeared from both post-independence India and Pakistan – well-maintained public infrastructure. In addition to expansive public parks surrounding the city’s administrative and civic institutions, impressive markets were built both in Saddar and around the walled city. And to complement the buildings, pavements, water fountains as well as troughs were constructed and decorated for animals used for individual transport and for pulling trams.

Since 1947, much of this architecture has been replaced by non-descript, low-cost, quasi-modern structures. What still survives is threatened with destruction for a variety of reasons. First, unregulated urbanisation has caused Karachi to suburbanise and its historic centre is no longer alive as the hub of culture, entertainment and civic affairs. Cultural institutions, civic administration and residents have been pushed out of the area and this gradual social degradation has turned much of the old city into a slum.

Second, Karachi’s historic centre has seen environmental degradation due to pollution and traffic congestion. Saddar has been transformed into warehouses and wholesale markets. Such land-use changes are making the survival of historic buildings built for a different purpose difficult. Most recently, Karachi’s mass transit programme has introduced an elevated light rail network into the historic district. These corridors of movement are likely to destroy what in most other cities would be listed monuments.

If Karachi is to arrest this tragic loss of architectural heritage and revitalise its old city centre for residents and tourists alike, it’ll need a rehabilitation plan, ideally one that’s part of a larger urban master plan. It’ll need to start with appropriate by-laws and zoning regulations for the areas that need to be conserved. What Karachi has are pockets of enthusiasts, like Shaheen Nauman from Heritage Walk Karachi whose walking tour of the city’s historic district was one of my most memorable anywhere.