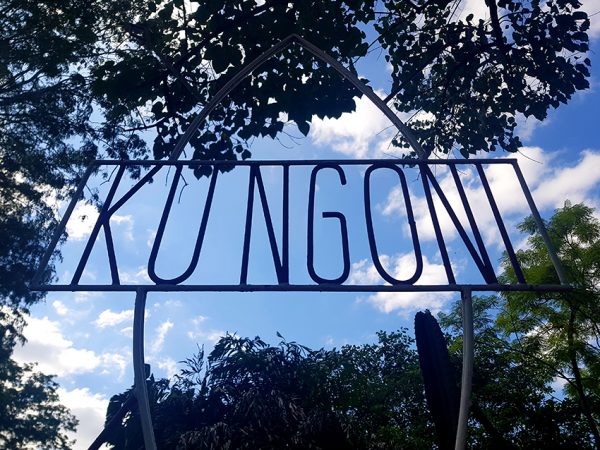 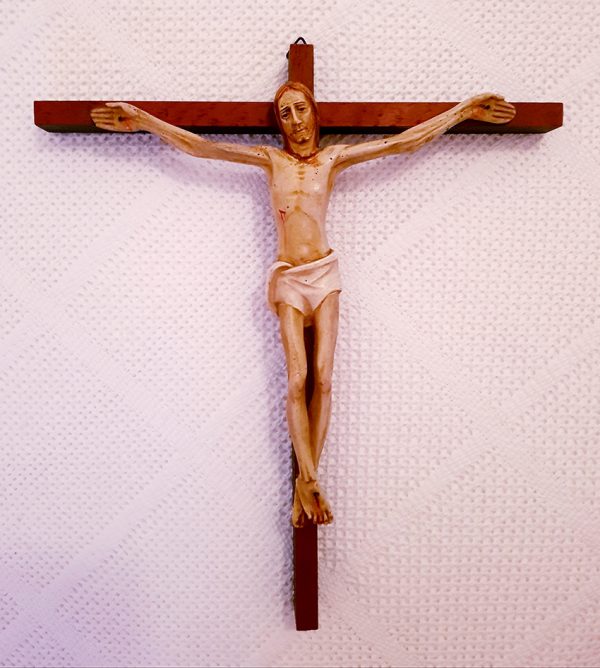 Whenever I travel, I keep my eyes open for antique or vintage items that best represent the culture and workmanship of any given country. My other favourite are antique or vintage items that may have been manufactured elsewhere but tell a local story. In Malawi, like in most of Africa, conventional antiquing is a tall order but laying one’s hands on foreign creations with local provenance can happen and it sure did when I visited the Mua Mission just off the shores of south-western Lake Malawi on Easter Sunday, 21 April 2019.

Founded by the Missionaries of Africa, or the White Fathers, in 1902, the Mua Mission has grown into an impressive complex that now houses the usual missionary facilities, such as school and hospital, and even an art museum – the Kungoni Centre. The original church from 1905 was replaced in 1971 with a bigger structure that stands on the same site and has apparently incorporated much of the old church. Today the mission is a thriving community despite its location in the middle of nowhere which in the largely deep rural Malawi truly means in the middle of nowhere.

The Kungoni Centre, which is the Mission’s main draw for tourists, is the legacy of Father Claude Boucher who was born in 1941 in Canada and who came to Malawi in 1967. Popularly known as ‘Chisale’ (a cultural title given to men of the Ngoni tribe), Father Boucher originally set up the institution in 1976 as a project to help the local artists but in time the Carving Centre grew into a fully- fledged museum. The wooden tribal and religious statues it produces are beautifully executed but for my taste they are too representational and too much like the African ‘airport art’ I tend to avoid.

Almost reconciled to having nothing material to show for my visit to the Kungoni’s impressive showroom, I stumbled upon a cob-webby crucifix on the wall of a storeroom adjoining the museum shop.

On closer inspection, the wooden cross with a plaster statuette of crucified Christ was the sort of thing I absolutely had to buy. The polychrome Christ was exquisitely detailed, covered in patina, with a maker’s mark “GLV 77” and a hand-written inscription “Muloza Parish, 16-09-1972”. I tried my luck with the shop assistant who casually named a price of 15 000 Malawian kwacha.

Back at my guesthouse in Lilongwe, I fired up the Google search to find that GLV stood for “Gerard Linssen Venlo”. Among collectors, Linssen has an impeccable pedigree as a master sculptor known for high-quality Catholic devotional memorabilia that include statues of saints, crucifixes and nativity sets. Since 1887 when he opened his own sculpting studio in Venlo in the Netherlands, Linssen went on perfecting his mostly polychrome plaster statuettes until his death in 1921. His studio’s work is uniformly signed with GLV and numbered with serial numbers, in my case 77.

The inscription in distinctly African handwriting suggests that the crucifix came from the Muloza Parish which is a remote place on Malawi’s southern border with Mozambique. The inscribed year 1972 tells me that the crucifix must be older than that date and that the cross would have arrived at the Mua Mission thereafter, probably with its owner and presumably a missionary. For me, holding a devotional statue which originated in northern Europe before 1972 and which has since adorned at least two Catholic institutions in rural Africa is a spiritual experience that is both fascinating and humbling.