A grave encounter: Stravinsky and Diaghilev in Venice 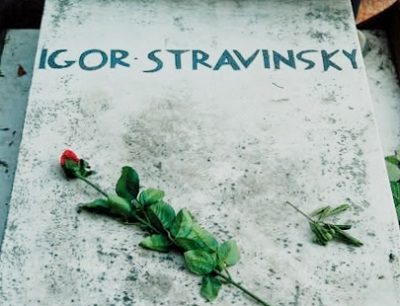 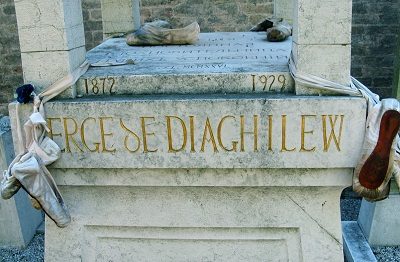 A grave encounter: Stravinsky and Diaghilev in Venice

The scene opens with jarring rhythms produced by traditional musical instruments used in non-traditional ways. This experiment in tonality and dissonance is Igor Stravinsky’s ballet The Rite of Spring, written for the 1913 Paris season of Sergei Diaghilev’s Ballets Russes company. When first performed at the Théâtre des Champs-Élysées, Stravinsky’s music, Vaslav Nijinsky’s choreography and Nicholas Roerich’s stage designs and costumes caused a near-riot in the audience.

Set to Stravinsky’s brutal and elemental score, the now legendary ballet is a pagan account of human sacrifice. The cacophony of thunderous percussion and shrieking brass, coupled with the dancers’ stamping movements and awkward poses, seems to contradict every conventional rule about what music and dance should be. This is presumably the moment when the musical avant-garde was born. It is also the high point of Stravinsky’s artistic collaboration with Diaghilev.

The son of a bankrupt Russian vodka distiller, Diaghilev would reinvent himself as the greatest impresario of all time, conquering first Europe and then the world with the Ballets Russes. This was no ordinary dance troupe, it was a creative movement which attracted the greatest musical, theatrical and artistic talents of the day. Diaghilev himself died in 1929 as he had lived: on credit. His last days were spent in Venice where after his death, friends famously had to pay his hotel bill.

Unlike the flamboyant Diaghilev, Stravinsky, who may have revolutionised the Western music, was an awkward little man who prided himself on keeping office hours at his work desk. While others waited for artistic inspiration, Stravinsky would focus on the exact requirements of the next work. A Russian émigré like Diaghilev, Stravinsky lived in Switzerland, France and the US where he turned out more than 100 works: symphonies, concertos, operas and, above all, ballets.

Both are buried a few metres apart in the Orthodox section of Venice’s cemetery on the island of San Michele. Unlike Diaghilev whose last tour with the Ballets Russes happened to be in Venice, Stravinsky died in New York in 1971 but had wished to be interred in the city where several of his works, including The Rake’s Progress, were premiered. Both graves, a vaporetto ride away from Venice, are places of quiet contemplation – two of the few where one can contemplate alone.