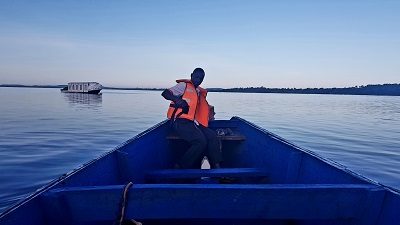 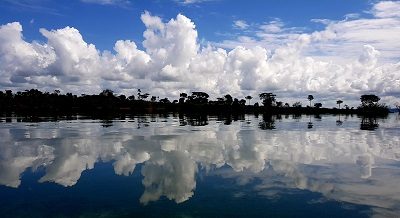 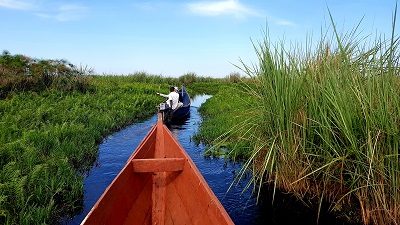 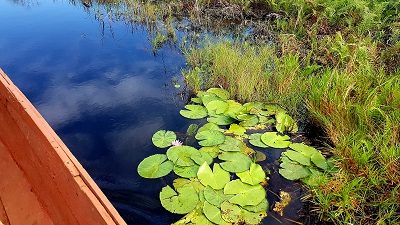 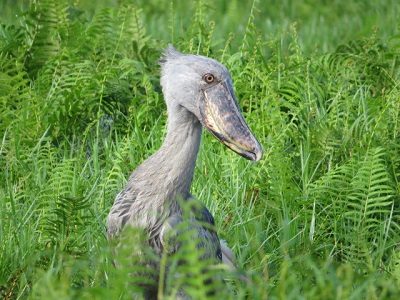 With all the storks and vultures soaring above the Ugandan countryside, including the urban density of Kampala, birdwatching in this country is an unavoidable activity. With its great diversity of habitats – from the open grasslands in the north to the swamps of Lake Victoria in the south, Uganda, with its 1060 recorded species, is home to an astonishing half of Africa’s birdlife. Uganda’s familarity with birds is duly reflected in the nation’s flag where a forward marching crested crane, the country’s national bird, features prominently. Born and bred in Uganda, the crested crane is a non-migratory bird that is pretty much always around.

Even more visible and in fact one of the first sights of Uganda for every visitor is the magnificent marabou stork. This enormous bird with a wing span of over two metres is a frequent flier over Kampala where it is an omnipresent scavenger. In the absence of any meaningful municipal services, this stork may well be the only garbage collector in the capital. Its ominous appearance, particularly when dissecting carcasses, has popularised it as the ‘undertaker bird’. Some Ugandans believe that the number of marabou storks increased significantly during the reign of Idi Amin, apparently because they fed on the bodies of the dictator’s victims. This, hopefully, is anecdotal.

“This one stood still for a good hour, during which time I was beginning to suspect I was watching a cardboard cutout shoebill stork”

With such an introduction to Uganda’s birdlife, I had little choice but to explore the subject further by way of a birdwatching tour. Prior to this, my birdwatching was purely theoretical, based mostly on all the nice things American author Jonathan Franzen had to say about birds in The Discomfort Zone, his autobiography. Like me, Franzen was a late convert to birdwatching and like me, he was anguished by the ever shrinking bird habitats. He also found a link between birdwatching and travelling: “If you could see every bird in the world, you’d see the whole world.” With all that in mind, for my birdwatching debut, I picked Uganda’s most iconic bird – the shoebill stork.

The Mabamba Swamp on Lake Victoria to the west of Entebbe is one of the best places to see the elusive shoebill. Lying on the edge of Lake Victoria, which itself is the largest of the Great African Lakes and chief reservoir of the Nile, this papyrus swamp is a sight to behold. Set against an azure-blue sky, it is a maze of narrow waterways with some of the lushest greenery I have seen anywhere. And then there are the birds that inhabit this place. Pushing through the lily pads and thick papyrus in a small canoe expertly paddled by two local guides felt like passing by rows of exotic aviaries, some silent and some raucous. It was a day I’d never forget.

The day started early because the shoebill is easiest seen in the morning when it stalks its main prey, the mudfish. I was picked up from my guesthouse in Entebbe at an ungodly hour and driven to the lakeshore where the fishermen’s morning shift was just about over. It took a while to get comfortable on the hard plank of the unsteady boat because the lake was choppy and the boat was leaking. At the edge of the papyrus reeds, I hopped into the small canoe and the reeds soon opened up into a grassy wetland and there I spotted the distinctive beak. Straight from the Jurassic Park, the prehistoric-looking shoebill loved all the attention it was getting.

Or so it seemed because shoebills can stand dead still for long periods of time awaiting the movements of their prey and then suddenly strike with great precision and speed. This one did just that after a good hour, during which time I was beginning to suspect I was watching a cardboard cutout shoebill stork. Thinking back to this curious episode, it’s time to revisit Franzen and expand on the appeal of birdwatching: The shoebill’s look and demeanor is so peculiar that it will intrigue not just professional birdwatchers but regular, non-birdwatching tourists who will place this stork on their wildlife list and be prepared to wait for hours to see it move.