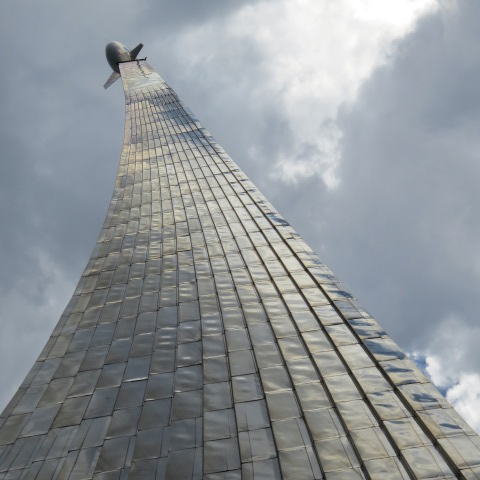 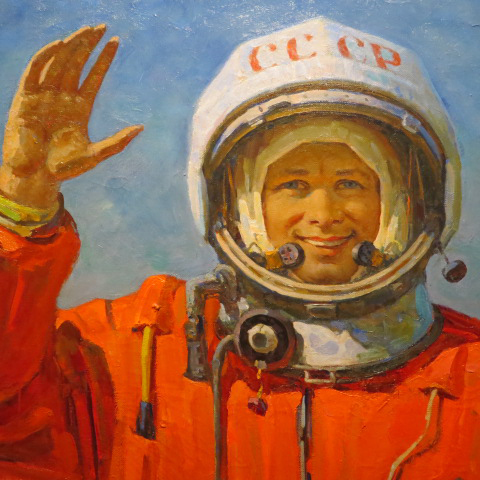 Today there isn’t much left of the Soviet Union’s cult-like love of all things cosmic. What is left is concentrated around the Monument to the Conquerors of Space and the Memorial Museum of Cosmonautics inside the base of that monument in a north-eastern suburb of Moscow. Built in 1964 near the start of the Soviet space craze, the futuristic 107-metre, titanium-clad monument depicts a launching rocket that rises on its exhaust plume. The idea was to celebrate the Soviets’ foray into space.

Its location in this part of Moscow – close to the Ostankino TV Tower – was no accident. Much of the Soviet space programme was based around here and rocket engineer Sergei Korolyov himself lived in a house within a few blocks from the monument. The suburb is full of space-related street names. The upbeat feeling that anything was once possible thanks to the technological advances capable under communism still lingers on along the soulless concrete boulevards.

The museum, clearly brought up to speed with digital displays, documents how the launch of the Sputnik satellite in October 1957 changed the course of human history. In the span of a few years since, Soviets sent the first animal into space, followed by the first man, and the first woman. It is all on display here – pictures of Laika, a stray dog from the streets of Moscow, who became the first animal to orbit the Earth, and the personal effects of Yuri Gagarin and Valentina Tereshkova.

The message is that the success of the space programme captured the dreams of every Soviet citizen. It became a critical vehicle in the emergence from Stalinism and the devastation of World War II. It also proved to be a tool in a worldwide propaganda campaign for socialism, a political system that could seemingly accomplish anything it set its mind to. By sending animals and humans into space, the Soviet Union was keen to demonstrate technological superiority and score some Cold War victories.

The large numbers of Russians at the monument and inside the museum also prove that this is a place for nostalgia: for the time when their country was a superpower in direct competition with the United States and the Soviet space programme was a challenge to the capitalist model that claimed ownership of scientific aspiration and achievement. The museum does not to explain why such lofty science failed to improve the living standards of Soviet people – but this is not what this place is about.