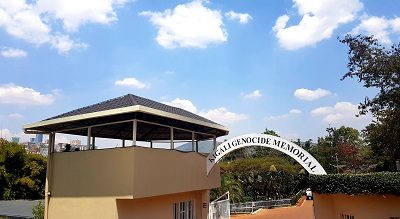 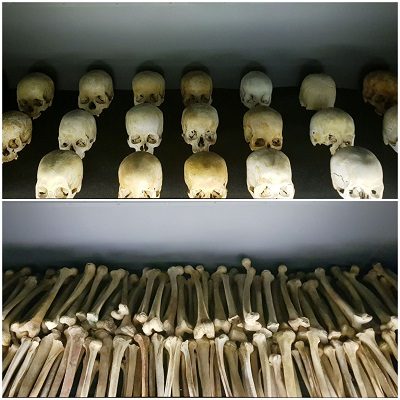 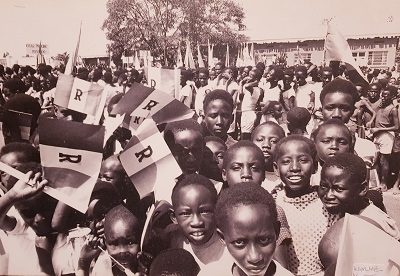 I had visited the Red Terror Martyrs’ Memorial Museum in Addis Ababa shortly before my trip to Rwanda and I have toured the Ebrat Museum in Tehran since, but neither experience comes close to the horrors of the Kigali Genocide Memorial Centre. The Ethiopian museum is a memorial to those who died during the terror perpetrated by the communist Derg and the museum in Iran documents the abuses committed by SAVAK under the government of the Shah against his political opponents. The memorial in Rwanda is different.

While all of these museums display skulls and bones, bloodied clothes and photographs of victims, the Kigali memorial is also the resting place of some 250 000 of these victims. The Rwandan genocide was also incredibly rapid, lasting from 7 April until 15 July 1994, and it was distressingly recent. Moreover, in Rwanda just about anyone you meet in the streets today who is old enough to have been around in 1994 is a survivor or somehow related to survivors of the country’s genocide.

Chillingly, the museum describes the role of radio as a medium in inciting violence against the Tutsi minority through carefully crafted propaganda. It also demonstrates that many of the victims died at the hands of priests, clergymen and nuns, often in the churches where they sought refuge. Among many others, it relates the story of Father Seromba who had his church full of Tutsi refugees bulldozed by a Hutu militia, killing about 2000 people near the town of Kibuye.

As I surveyed the endless plaques with names and photographs of the genocide’s victims, many of them small children, I wondered how any country could not just survive but recover from such a harrowing ordeal. I tried to understand how such an atrocity would influence the interactions between Rwandans today and how families and relationships in the workplace and in life in general are coping with this collective trauma. I could not and still cannot understand.

Since 1994 Rwanda, as a country, has undergone dramatic change. It now flies a new flag and it has switched from French to English, apparently due to France’s alleged role in the genocide. It is the cleanest country in Africa as if Rwandans were symbolically trying to cleanse themselves of their recent past. It has a large police presence on every corner and, by some accounts, a very authoritarian government. All of this is probably necessary for safeguarding its peace and ensuring its progress.

To anyone wishing to explore Rwanda, I strongly recommend visiting the Kigali Genocide Memorial Centre at the very beginning of their trip. What you learn and absorb inside the museum and outside beside the mass graves will inform what you will see, hear and experience in the rest of the country. Long after I have left Rwanda, I am still haunted by a 16-year old Bernard who, without any memory or souvenir of his parents, is trying to live a normal life filled with volleyball, films, books and prayer.