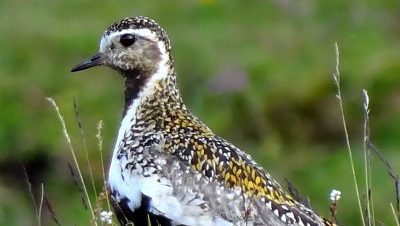 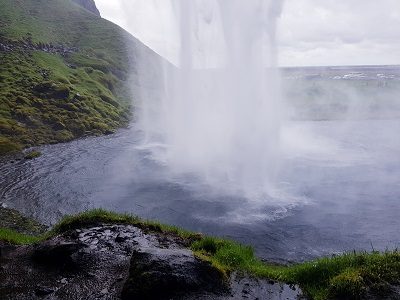 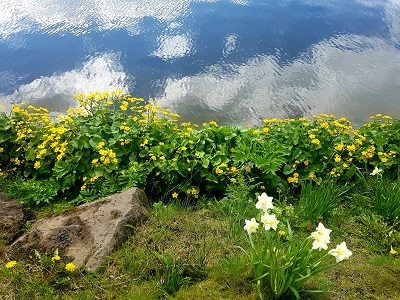 In feng shui, birds are associated with positive vibes and it goes without saying that in a harmonious country like Iceland, birds are the bearers of good news. One bird, specifically, is a particularly welcome sight. When it is first sighted every year, usually around the middle of March, spring has officially started. The first sighting therefore makes the news in Iceland. The bird is European golden plover (Pluvialis apricaria), heiðlóa in Icelandic, although this is usually shortened to lóa.

My trip to Iceland was strategically timed for spring, partly to avoid the winter cold and partly the summer tourist crowds. This also proved an ideal time to watch the Icelandic nature’s sudden snap out of its long hibernation. The famous waterfalls bubbled with surplus water from the melting snow and the porous lava fields were turning green with an astonishing speed. Springtime was also an opportunity for bird watching where the lóa, naturally, took centre stage.

“Despite its status as the folkloric benchmark for the arrival of spring in Iceland, there is some debate whether the lóa is the country’s undisputed mascot”

The lóa is a migratory bird that breeds in Iceland, Scandinavia and Russia. About half of the golden plover’s European population breeds in Iceland, with around 500 to 700 thousand breeding pairs. After they arrive in mid-March, they bide their time and get ready for the mating season by building nests. They lay eggs in May, which is when I spotted dozens of lóa in their breeding plumage, in south Iceland. The chicks then hatch in a little less than a month.

Once the chicks can fly, the lóa gather up in large flocks to travel south at the end of July to spend the rest of the year, including winter, on the British Isles, in Western and Southern Europe and in North Africa. The lóa is a real beauty – a multi-coloured bird with white axillary feathers which are its most distinct feature: a white ‘S’-shaped band that stretches from its forehead to its flanks. The lóa is also rather thickset, with its wings being only slightly longer than its tail.

Despite its status as the folkloric benchmark for the arrival of spring in Iceland, there is some debate whether the lóa is the country’s undisputed mascot. It is said that a more obvious choice for an Icelandic symbol would be the raven, which is mentioned in the country’s mythology and poetry. Then there is also the puffin whose representation in every medium has probably replaced every other animal in Iceland’s souvenir shops but this is apparently quite a recent phenomenon.

The lóa‘s symbolism is also challenged by a belief that spring doesn’t really exist in Iceland. Originally, the old Norse calendar consisted of only two seasons, summer and winter, based on the disappearing and returning of sunlight. Be that as it may, the lóa has a definite place in Icelandic culture, literally on every shelf, as a decorative piece, usually carved out of wood. (I bought mine in a museum gift shop.) When questioned, this is explained as Icelanders’ love of birds as harbingers of spring, that is good news.