Hunting for the sapeurs in the streets of Congo 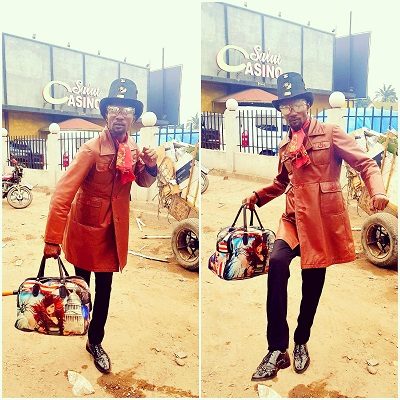 Hunting for the sapeurs in the streets of Congo

Even before I set foot in either of the two Congos, I had a fascination for the sapeurs, a subculture whose faithful dress for the life they want rather than the one they have. Once in Kinshasa, the capital of a country that readily evokes images of armed conflict or Ebola outbreaks, a sapeur sighting quickly turned from a nice-to-have to a need-to-have. In Brazzaville, which is a vast improvement on Kinshasa’s decrepit infrastructure, a similar need for escapism prevailed due to the city’s strait-lacedness. As I explored the streets of these twin cities, the touch of class and the dose of je ne sais quoi only a sapeur can give became an urgent necessity.

For all the head turning his (and in rare cases her) flamboyant appearance generates, the sapeur is far from a mere decorative element in either Kinshasa or Brazzaville. The sapeur, first and foremost, represents a fully-fledged protest movement, initially directed against colonial inferiority and now against poverty. Legend has it that in the early 1920s a Congolese man André Grenard Matsoua returned home from Paris dressed as a French monsieur. At a time when the French Congo was colonised and the Congolese were seen as naked savages by the sophisticated expatriates, Matsoua’s colourful attire must have been an apparition.

Matsoua’s grand homecoming was so powerful that it started a social movement as servants in Brazzaville began to dress like their masters and embrace French fashion as a way of confronting colonial attitudes all around them. After independence in the 1960s, the sapeur evolved into a social statement against poverty in the economically depressed and war-torn countries on both sides of the Congo River. Dressed in expensive designer gear, the sapeurs walk down the streets of Brazzaville and Kinshasa as national heroes and celebrities. They are seen as taking control of their own, often bleak, existence while enriching the lives of others.

For the most part, the sapeurs come from humble backgrounds, with many working as taxi drivers, fishermen or even rubbish collectors. They earn their living in ordinary day jobs but when that job is done, these labourers truly spring to life with their bold designer props. Their alternative lives as the sapeurs are governed by a philosophy, complete with codes of professional conduct. One of these states that “a Congolese sapeur is a happy man even if he does not eat, because wearing proper clothes feeds the soul and gives pleasure to the body”. This would explain why a sapeur would rather go hungry than forgo a new designer jacket.

With Brazzaville being a former French and Kinshasa being a former Belgian city, the subculture is institutionalised as La Sape, an abbreviation of Société des Ambianceurs et des Personnes Elégantes (or Society of Ambiance-Makers and Elegant People). This being French, the acronym is a nod to the slang word sape which stands for “clothes”, or sapé which means “dressed up”. There are some 6000 sapeurs in the Democratic Republic of the Congo, most of them in Kinshasa. The number across the river in Brazzaville is estimated at 1000. With so much going for the sapeurs in the two Congos, the one last thing for me to do was to find one.

I first tried my luck in Brazzaville where my enquiries led me to the working-class suburb of Bacongo. It is a shanty town where the rainy season turned all streets into rivers of mud. While I got wet and dirty, the sapeurs wisely stayed away. In Kinshasa, on my last day which was a Saturday, I tried again. I headed to Rond-Point Victoire, another shanty town, where they hang out on weekends. Before I could finish my Où peut-on voir les sapeurs ici? addressed to a passer-by, there he was on the dusty street in front of me – an ostentatious Congolese dandy decked out in designer leather. Posing for my camera as if on cue and oozing pure joie de vivre, he made my day.