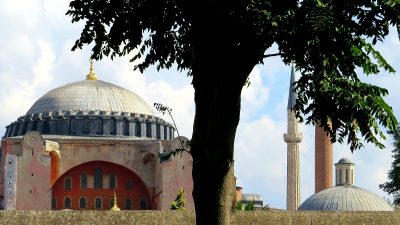 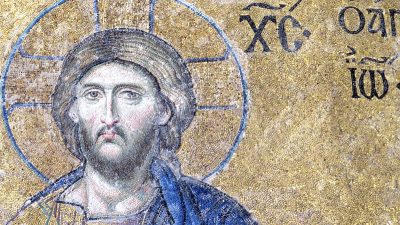 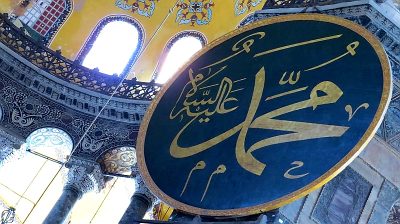 Many consider Hagia Sophia, the iconic basilica turned mosque turned museum, the supreme masterpiece of Byzantine architecture. Its Christian frescoes and gilded mosaics, Islamic calligraphic slates hanging from the upper galleries and the large dome perfectly sum up the history of three cities this building represents: Byzantium, Constantinople and Istanbul. Just one glimpse of its interior can explain why so many conquerors and their respective religions claimed it as their own.

First there is the dome. Hagia Sophia’s majestic dome is actually smaller than that of the Pantheon in Rome which it was supposed to surpass, but it rests on a square base of pendentives – or supporting arches at the corners of a square – that made the transition to a circular plan possible and this design unique. The pendentives distribute the weight of the dome to the walls under it while the arches at the east and west are buttressed by half-domes, which together equal the diameter of the main dome.

This ingenious design then sits on smaller, semi-domed porticos so the lofty main dome is really a succession of smaller domes. Its sheer size creates a spacious nave underneath which, unlike the cavernous Pantheon, is flooded with sunlight. The light, which illuminates the gilded mosaics, enters from the forty windows encircling the base of the dome. The windows take away the pressure of the dome from the pendentives and also serve as an early warning system for ruptures in the dome.

Then there are the mosaics. The most famous is the image of Christ Pantocrator in the upper galleries. Quintessentially Byzantine, it is one of the first representations of Christ in the Early Christian Church. Having survived the destruction of images during the Iconoclastic disputes that twice racked the Eastern Church, Christ Pantocrator remains a central icon of the Eastern Orthodoxy. The largely two-dimensional image gives a subtle impression of perspective in the shifting of Christ’s head to the left.

Hagia Sophia’s tumultuous history is reflected not only in the succession of owners but also in its numerous reconstructions. It has changed hands – from being a Greek Orthodox Christian Church to a Roman Catholic Cathedral under the Crusaders and then to a mosque after the Islamic conquest before being made into a museum. At different times during its early history, it also burned down and collapsed from earthquakes. The enduring interest in it shows that it has never ceased to awe.