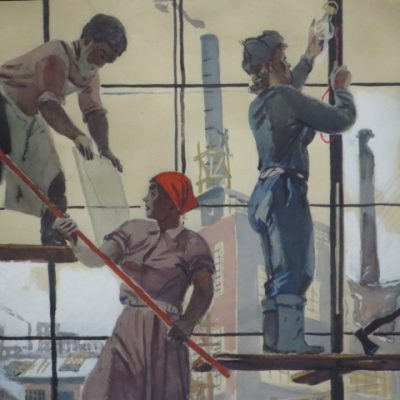 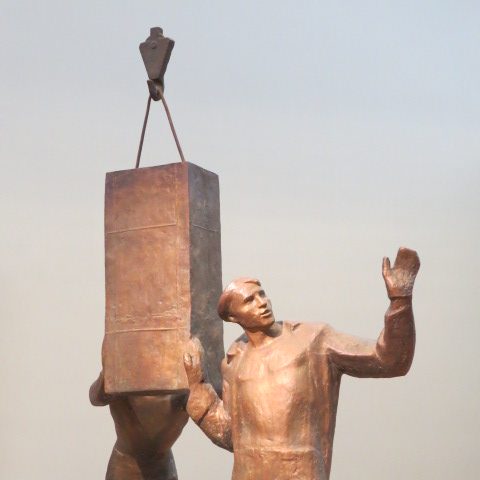 I have a confession to make: My name is Roman and I have a thing for Soviet art. To be precise, my morbid fascination is with socialist realist art. This is the term for the officially sanctioned style of art that dominated painting and sculpture of the Soviet Union for five decades from the early 1930s. So when I got to visit Moscow, having done my homework, I headed for two museums with the best collections of Soviet art – the New Tretyakov Gallery near the Gorky Park where there is also an open air gallery of socialist realist statues, and the Institute of Russian Realist Art further afield.

Socialist realism was a representational form of art, but this is something of a misnomer. Despite claims to realism, Soviet art was never truly realistic because it depicted communist reality not as it was but as it should be. It received a fair amount of bad press, both then and now, because it was a cover for totalitarian iconography. It is largely known for block-headed statues of factory workers and portraits of enthusiastic collective farmers. The majority of it appears mass produced and stultifyingly boring. Its lack of originality has, in the West, been famously satirised as “Girl Meets Tractor”.

Socialist realist art was primarily intended as a propaganda tool. Its style and content were laid down by the state with the purpose of furthering the goals of socialism and communism. The state also controlled all official art production and distribution. The result was a huge body of work by thousands of – mostly unmemorable – artists. However, among all this art there were some artists who, whilst working loosely within the confines of Socialist realism, managed to create works of great interest and surprising creativity. This much is obvious from the collections in the two Moscow museums I visited.

The first thing you notice when you survey this unique visual style is how different it is from the past. The upbeat portrayals of various achievements of socialism and blatant glorification of industrialisation whitewash all elements of Russia’s history and traditions before 1917. Just as the Bolsheviks broke with the politics of the past, Socialist realism broke with its art. The happy scenes and faces are naturalistic, but also brutally misleading: all this hard labour never created living standards enjoyed by workers in the West and the artists who created this art often worked in fear of arrest, exile or execution.

When viewed alongside Russian Avant-garde and Suprematism of the 1920s, which immediately preceded it, and the nonconformist art which reluctantly coexisted with it as largely underground art during the same period, Socialist realist art is fully exposed for all its creative shortcomings. Yes, it was vastly prescriptive, hopelessly unoriginal and, despite its propagandist aspirations, rather uninspiring. But it nevertheless documented the Soviet era in ways that no other medium could do and for this reason alone Soviet art deserves our attention. My attention it already has.