Brazzaville: Capital of the sanitised Congo 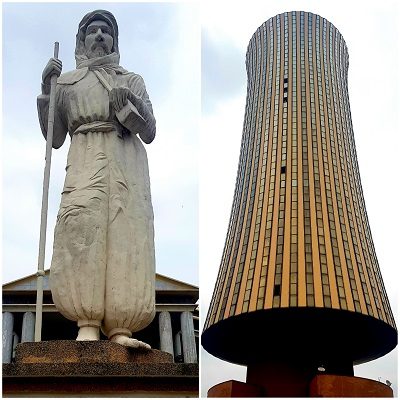 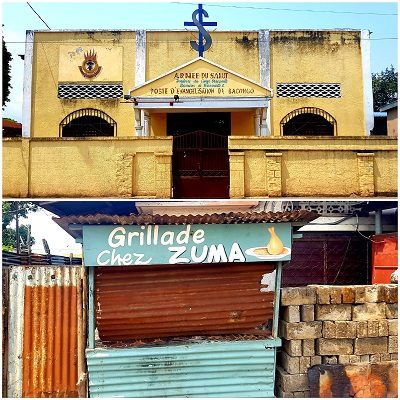 Brazzaville: Capital of the sanitised Congo

Separated from Kinshasa – the infamous capital of the Democratic Republic of the Congo – by the gushing Congo River, Brazzaville – the capital of the Republic of Congo – couldn’t be more different from its much larger twin. This is the capital of the sanitised version of the two Congos: well run and neat, safe and free from routine police harassment and a modern and prosperous city where buildings are habitable, cars are roadworthy and pavements are walkable. The contrast between the two is all the greater because Brazzaville and Kinshasa are the world’s physically closest capitals, mutually visible from the opposite banks of one river.

At the crux of this contrast are two very different histories of European exploration and subjugation. It is well known that what is now Congo-Kinshasa started off as a personal possession of Belgian King Leopold II where the lack of institutional oversight by the Belgian state resulted in large-scale exploitation and human rights abuses. By contrast, the modern-day Congo-Brazzaville became a French colony through largely non-confrontational colonisation by Pierre Savorgnan de Brazza. This Italo-French explorer’s pacific approach has ensured that the colonial capital’s name was, unusually in Africa, retained by the country’s post-colonial rulers.

Just as unusually, De Brazza’s final resting place is in the centre of Brazzaville, near the river promenade, in a somewhat sterile-looking mausoleum. This gleaming marble memorial was unveiled recently, in 2006, with full military honours and a French President in tow. With very little of interest inside, the outside is dominated by a statue of the man himself. The eccentric monolith is the likeness of a man wrapped up in what looks like a Laurence of Arabia headdress and a pair of loose bell-bottoms. Rumour has it that to the Congolese the site of the mausoleum is haunted which could explain why I found it, during peak tourist hours, completely deserted.

Far from some colonial backwater, Brazzaville, for a short while, was the Paris of the French Empire. During the Nazi occupation of France proper in the early 1940s, the city served as the capital of France Libre. Prior to that, Brazzaville had already been the centre of the French Equatorial Africa and when this colony became the only part of France loyal to the Free French, the city was made their homebase too. With Charles de Gaulle a frequent visitor and an influx of artists and intellectuals from Paris, for Brazzaville this was a big deal. With several new landmarks by Roger Erell (which deserve a separate post), the city also began to look the part.

This is not to say that Brazzaville hasn’t seen its share of post-colonial drama. For some 20 years after independence, the country toyed with Soviet-style communism and the killjoys this normally entails. During its first five-year plan in the 1980s, the government built, instead of much needed schools and hospitals, the Nabemba Tower – a precarious-looking skyscraper that has since become the country’s icon. Then in 1997, Brazzaville witnessed military clashes in a full-scale civil war that razed parts of the city to the ground. Perhaps in memory of these events, truckloads of soldiers still traverse the streets at breakneck speed today.

Having gone through all these travails, Brazzaville is now the laid-back antidote to the frenetic Kinshasa across the river. Its beautifully modernised embankment or La Corniche is also the only place from where I managed to photograph the distant Kinshasa without being accosted by local policemen demanding bribes. The promenade ends at the Pont du 15 août 1960, a Chinese-built suspension bridge that celebrates the country’s Independence Day. Almost 60 years on and with many upheavals under its belt, Brazzaville – with its beautifully accented French and the daily supply of baguettes and croissants, is still the Paris of Africa today.